I am the Promised Land...

L is now 12 days old and I thought I'd give a quick fill in on what's been happening since the birth. 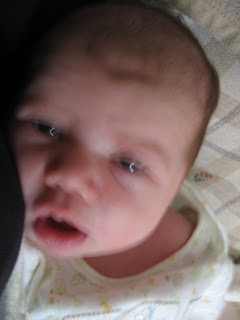 There have been some struggles with breastfeeding. Lots of pain and soreness, followed by L not taking the right breast, followed by engorgement. Thank God for Kim, who attended the birth and is with La Leche League. She's paid us 2 home visits and we've finally figured things out. I'm pumping the right breast until it heals up a bit and L grows a little bigger.


However, even with her feeding on just one breast she is definitely getting enough milk! She has plenty of dirty diapers and, even more impressive, she's growing! Doctors want babies to have regained to their birth weight by two weeks. L had gained almost a full pound by day 10. 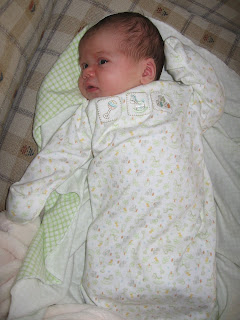 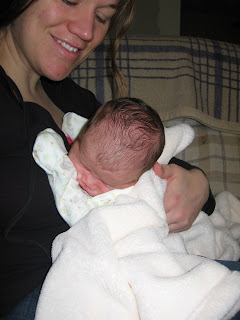 I'm still reflecting a lot on the birth. Overall, I would say it was a lot worse than I ever thought it would be. I'm still glad I did a home birth, because there were so many perks to being at home: the women who attended me, the role Travis played, the comfort I felt being home, not having to transition to the hospital and then home again. Plus, because it was such a difficult labor who knows how it could have turned out had we been in the hospital. Would I have ended up taking an epidural? Would that have led to complications? Would I have been one of the 31% of women who have a c-section? But if I'm going to be honest, I have to confess that the pain I went through in labor was the most horrible thing I've ever experienced in my life.
These past two weeks have been a bit of an emotional roller coaster and I have been struggling with the "baby blues" a lot. Things are getting better, especially since we've worked out some of the breastfeeding issues, and I've been able to delight in my daughter a lot more.
She really is a cute, sweet little booger. Even when she's pooping. :) 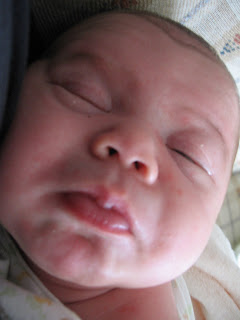