and the Daisy Award goes to.... James' night nurse! 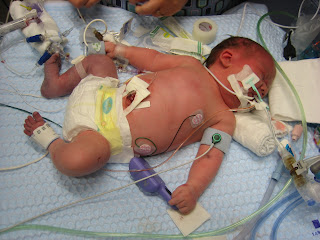 He was taken care of by this doctor: 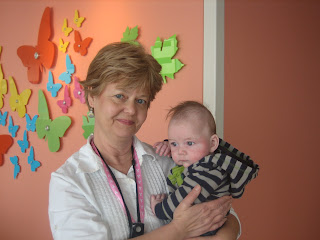 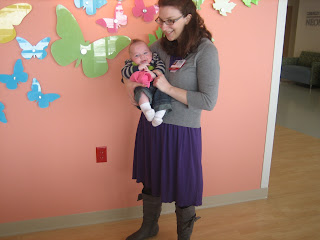 They were both awesome, as were a whole host of other doctors and nurses of whom we do not have pictures.

This nurse, the lovely Megan, we nominated for the Daisy Award, an award for outstanding nursing.  And out of more than 150 other nominations at OSF, Megan won.  :)

Her nomination:
Megan constantly gave my son James pep talks. She lovingly cared for him and believed in him. She gave him every opportunity to succeed at bottle feeding and encouraged his development with play and conversations. She even bought him clothes because the NICU had nothing big enough. Megan cared for and loved my son like I am able to now that he is home. That means the world to me. 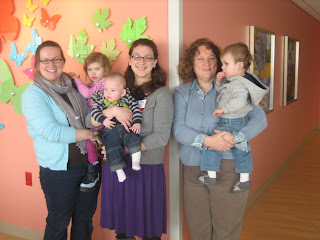 The whole family went to the award ceremony. 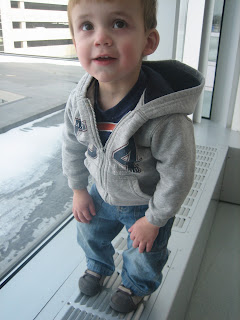 Ben played near the windows

and L ate the icing off the cinnamon rolls. 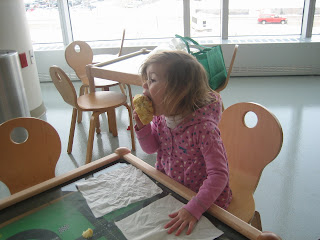 Email ThisBlogThis!Share to TwitterShare to FacebookShare to Pinterest
Labels: kiddos