My husband, who is kind, thoughtful, and sneaky, planned a little getaway for me to coincide with a physics teachers' conference.  Knowing that I've always wanted to go to Boston, he secretly sought out bargains, got himself a full paid scholarship to the conference, and arranged for the grandparents to take the kids for the weekend.  He then took me out East for a long weekend.  It was a blast. 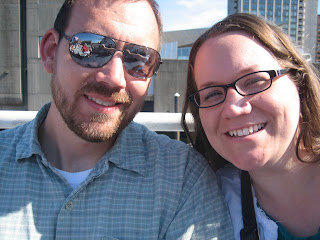 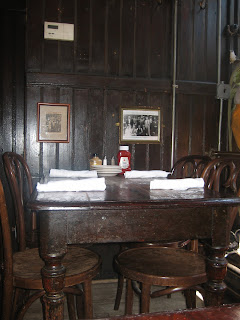 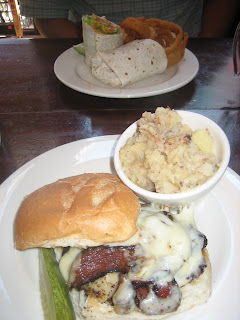 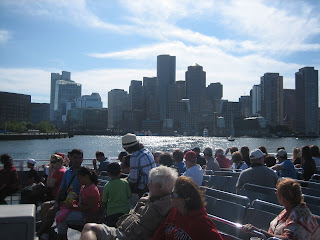 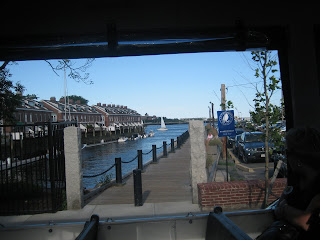 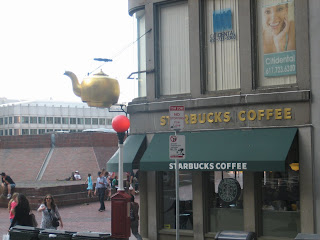 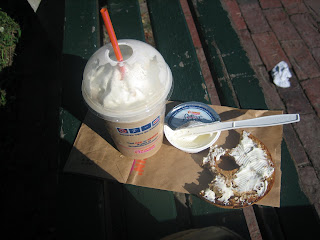 I was told there are over 250 Dunkin Donuts in Boston.  So that's where I had my breakfast.  It's like a "when in Rome" kinda thing. 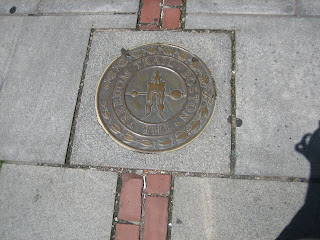 My favorite part of the trip:  walking the Freedom Trail. 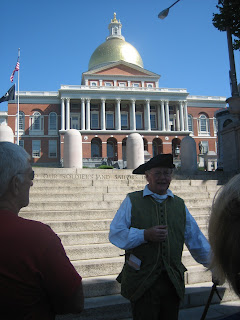 My guide on the Freedom Trail, "James Otis".  He was brilliant.  If you go to Boston, ask for him. 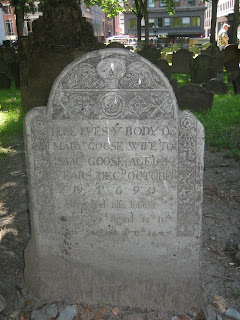 The American Mother Goose's grave.  (I guess there's a British one, too.)  She's near Paul Revere, Sam Adams, and John Hancock. 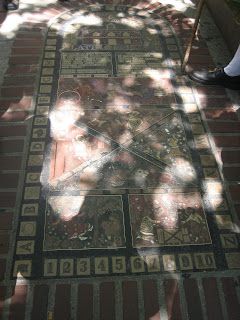 Site of the first public school in America. 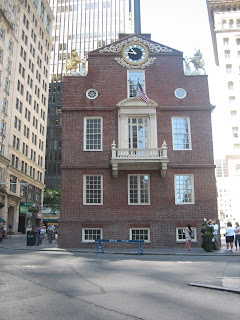 Old State House.  They read the Declaration of Independence from that balcony on July 4, 1776 and they have continued to do so every year since.
The Boston Massacre happened here, too. 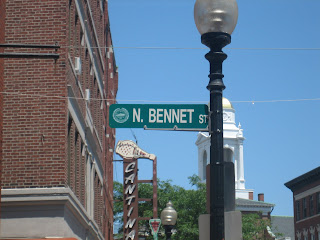 They spell it correctly in Boston.  ;) 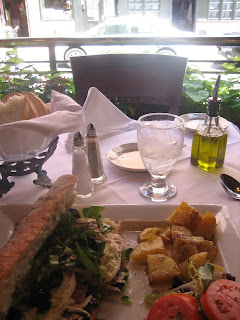 Lunch in the North (Italian) part of the city.  So good. 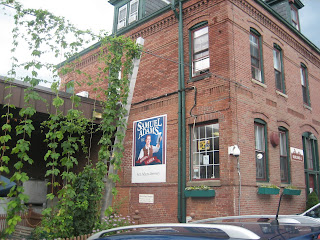 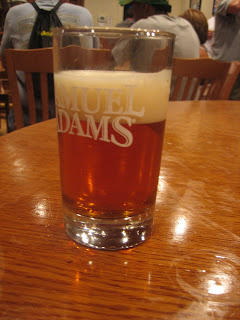 Going to Boston?  Go to the Sam Adams Brewery and take the tour.  You make a $2 donation, 100% of which goes to charity, and you get three samples in a keepsake glass.  Plus the tour is fun and interesting. 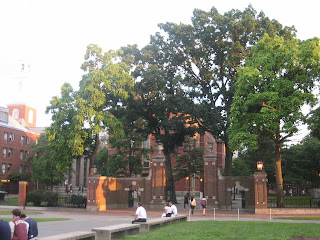 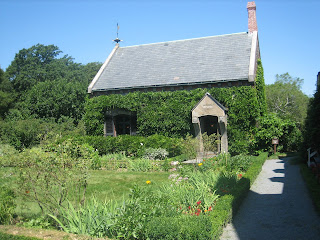 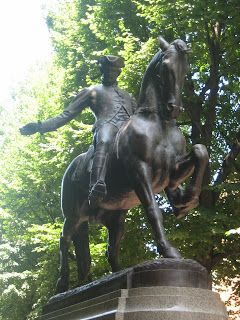 Did you know that Paul Revere wasn't famous in his own day?  If it weren't for Longfellow's poem none of us would know who he was.
Did you also know he fathered 16 children?
I know, "wowza!" 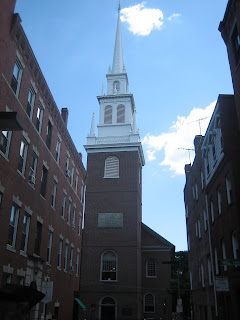 Speaking of Longfellow... "One if by land and two if by sea." 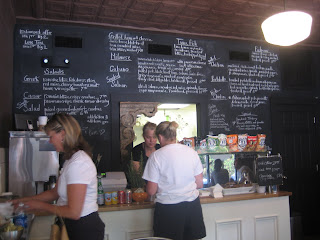 This restaurant is called Volle Nolle - Latin for "willy nilly."  It's also in the Italian district, right on the main street, Hanover.  I ordered a sandwich and cookie (pictured below - they were sooooo good!) and went to pay with credit.  The co-owner told me they only take cash and asked what my bank was.  When I explained I used a credit union in Illinois she asked how much cash I had ($3 less than what was owed) and told me that was enough. 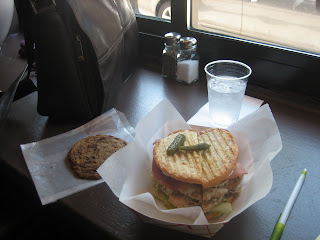 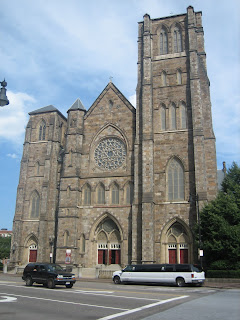 Holy Cross Cathedral in Boston.  We did not see the Archbishop.  Bummer.  And Mass was bumped to the basement chapel for a wedding(!).  Double bummer. 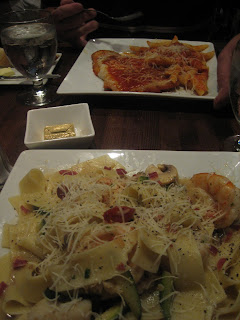 The most expensive food I've ever eaten.  And some of the best.  Happy "30th Birthday / Last Night of Vacation / Ultimate Date Night with a Fantastic Husband Who Loves Me and Treats Me Super Well" to me! 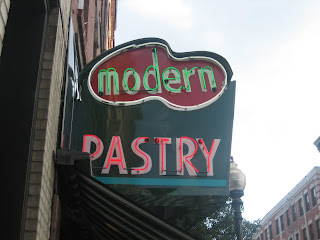 Everyone we met told us not to go to Mike's Pastry but to Modern.  We waited in line for about 35 minutes to get a real, honest to goodness cannoli.  We visited with some really fun Bostonians, got our box of goodies and saved them for the hotel.
My first cannoli:  It. was. amazing. 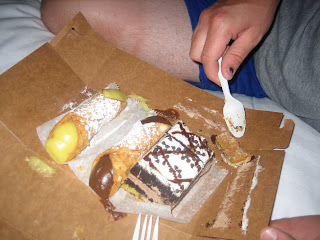 The trip was great.  The history was great.  The town was great.  The way the vast majority of Boston men were blue shirts was great.  I walked all over that city and I figured out the public transportation.  I ate some delicious food (clearly).  And I had a great time with my best friend.
Boston was nice; Travis is wonderful.
- July 18, 2011

Email ThisBlogThis!Share to TwitterShare to FacebookShare to Pinterest
Labels: food, hubby, me, vacation