The Most Formative Experience of My Life

On Sunday all the Conversion Diary readers were asked "What was the most formative experience of your life?" I had to stop and think for a moment but then it was easy for me to identify what it was.  I know I've written before about my college internship in San Francisco but with Jen's question I wanted to talk some more about why it was so important to me.  Just thinking through this blog post I've been able to pinpoint even more parts of who I am that were influenced by that summer.

The story really begins with my younger brother lending me A Heartbreaking Work of Staggering Genius by Dave Eggers. If this helps to give you a frame of reference for who he is, Dave has since gone on to found McSweeney's, write several more books - fiction and nonfiction, and has written the screenplays for movies like Away We Go and Where the Wild Things Are. 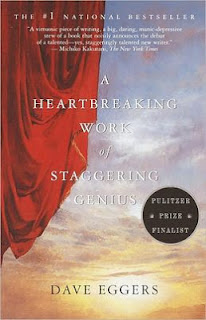 AHWOSG is Dave's memoir, written when he was still a young man. I loved the book. Not because I identified with Dave's life at all (an orphan from a wealthy north Chicago suburb, having lots of sex and living in big cities) but because I appreciated his brutal honesty, his creativity, his humor, and his strong desire to figure out his life. I was also challenged as a young writer to have a voice as strong as his.

When my college professors told me during my Senior English Major exit interview that they could have a stack of one hundred papers from all different people and know, without seeing a single name, which one was mine because my voice was so strong - that was because of Dave Eggers. When people comment about my honesty on this blog - that is because of Dave Eggers.

During my Junior year at Eureka College (alma mater of Bonnie Engstrom and President Ronald Reagan!) I heard Dave speak in Chicago. He talked about his book but he also spoke of a non profit writing center he had recently opened in the Mission District of San Francisco: 826 Valencia. 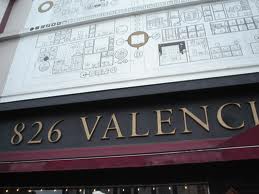 826 offers free after-school tutoring and a variety of workshops all aimed at inspiring kids to read and write and to love them both. Their small staff was supported by interns and volunteers who tutored, organized, worked with teachers, helped fundraise, led workshops, and also manned the pirate supply store. 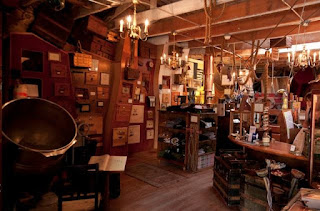 Yes, a pirate supply store. Where they sell peg legs, lard, hand-sewn pirate flags, award-winning glass eyes (really!), books published by McSweeney's and the child authors of 826, and things like this: 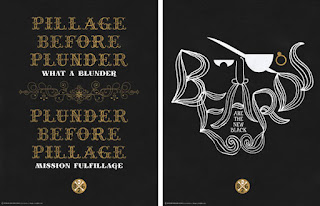 "Pillage before plunder - what a blunder.
Plunder before pillage - mission fulfillage."
"Beards are the new black."
You can support the writing center and get your pirate on by buying them here.

And so I went back to my college dorm room and applied for a summer internship, to work for a Pulitzer-nominated author in a city I'd never been to, where I knew no one, with absolutely no money to pay for it.  But I wanted it and I told God I wanted it and asked Him to make it happen if He wanted it too.

I networked, telling people that I would clean and babysit in exchange for room and board. I waited and prayed and told anyone I could that I wanted this internship.  And God must have wanted it too because I got the internship. Then my adviser called his cousin in San Francisco and asked if she and her husband had any connections. She told a co-worker who's kids went to the same private school that Dave had sent his younger brother to. The co-worker put it in the school newsletter and I was put in touch with Anne. Anne and her elementary school aged daughter and their cat Foggy opened up their home to me.

I had a view of the city and the Bay. They paid for my public transportation passes, let me live with them for free, bought my groceries, and paid me $50 a week while I house sat for them as they spent half of the summer traveling the world. They were kind and generous and gracious. It was perfect. 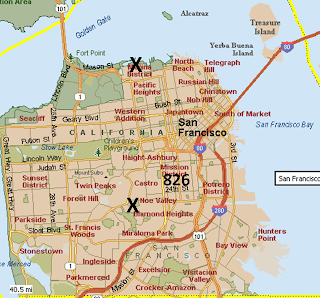 They couldn't take me in for my first two weeks so I stayed, for free, with my professor's cousin.  While there I was literally two very short blocks from the Bay, with a beautiful view of the Golden Gate Bridge.  She and her spouse were warm and caring and funny.  It was wonderful.

Days after I finished my Junior year I flew out to San Francisco, all by myself. I'd never done anything like it before. A small town, Midwestern girl with traditional values and a traditional upbringing, I found myself in a very liberal city, taking the bus, walking the hills of San Francisco, and working alongside people who were much, much, much more hip than I could ever be.

I'd come to work and pass through the pirate gear and next to the ladder that led to the loft that housed McSweeney's. 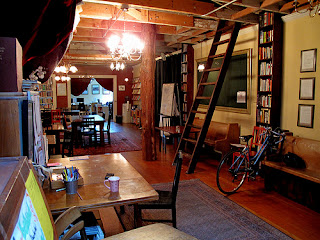 And I'd head to the writing center in the back. I'd tidy and clean, I'd organize and plan. I'd make copies and prepare. I'd sometimes run errands - to the bank, the coffee shop, the supply store. I'd answer the phone and man the pirate supply store. I did some ESL tutoring of kids who were born in Mexico and whose parents spoke no English, and I talked with those families about their struggles and victories in coming to the US. And to top it all off I got to meet and work with authors, real published authors, like Dave of course but also Michael Chabon and Jenny Traig (who knitted me the most amazing hat). 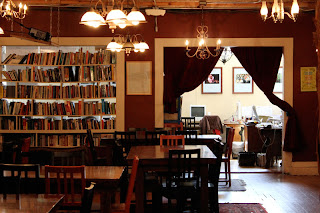 During my free time I explored the city, usually on my own. My coworkers liked me but we were very different (hipsters living in SF vs. me - it should be obvious). With a little help from my hosts I figured out buses, trolleys, and the subway system BART. I hailed my first cab. I practiced a little bit of Spanish. I wandered through neighborhoods. I rode a bike across the Golden Gate Bridget. I attended art museums, concerts, and a Bar Mitzvah. I encountered many wonderful, colorful people- my favorite of whom is Tatjana, a German woman I met at a BART station and became fast friends with.

My time in SF was an adventure and led me to many little adventures - things I never would have done before or had the courage to do on my own. While I had already done some traveling in the past, my summer in California rooted in me the desire to see more of the world and to see it in a way that the locals live it. It was a big reason that Travis and I honeymooned in Scotland, buying a map and renting a car, instead of going to an all-inclusive beach in Latin America. It's why I had the gumption to wander about Boston, Rome, and Krakow by myself. It's also why I tend to see people as people and sin as sin and I don't confuse the two. And it's why I have a great amount of compassion for immigrants, being a bit of a thorn in the side to my "if-you-can't-speak-the-language-go-home" grumbling relatives.

Back home my whole community was supporting me- my school, my family, my friends. I worked hard, not to impress the people around me but to make everyone back in Illinois proud. Never before had I felt so encouraged and loved and it was an empowering thing to have so many people so strongly believe in me.

Additionally, my boss, Ninive, taught me a great many things. "We need to tidy this place - the kids will come soon - they deserve to sit in a tidy space - no one wants to sit in a mess." She'd say that at least once a week and it made a strong impact on me. Part of hospitality is preparing our homes and spaces to welcome others; it is one of the ways we respect the basic dignity of all people. I took that mantra with me and it has affected every role I've had since, from campus minister to admissions counselor to housewife.

Ninive was a strong, Latina woman but she was different than all the other strong women I had encountered in the work force or academia  She believed that I could go on to accomplish many amazing things if I desired but unlike most of my female professors, she counted stay-at-home motherhood to be to be just as good and lofty a goal. She truly appreciated my hard work and my positive attitude. 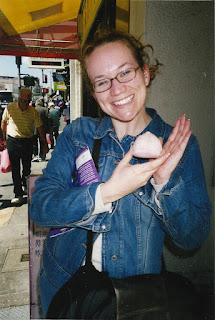 I was a girl who had never believed that I was good enough or that I would accomplish anything really great or amazing or cool. I was a small fish in a small pond but going to San Francisco showed me that even in a big pond  a small fish could make a difference. Ninive, my friends, professors, and family - their confidence in me showed me that they believed in me because they knew I could succeed.  I didn't have to prove myself to anyone. I was loved, I was valued, I was enough. That's a pretty powerful lesson for a young woman to learn and it has been foundational in every good thing in my life that has happened since: my marriage, my motherhood, my role in founding the Behold Conference, my writing, my involvement in my community - everything.

So there you go, Jen: my long winded answer to the most formative experience of my life.
- March 19, 2013

Email ThisBlogThis!Share to TwitterShare to FacebookShare to Pinterest
Labels: me