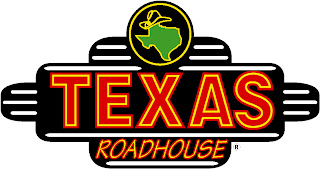 Last week my friend Audrey and her husband Phil took their two children to the Texas Roadhouse at Arrowhead in Peoria,  Arizona - a suburb of Phoenix. One of their kids, Henry, has autism and he had a rough time adjusting to the new environment with its music, noise, bustling people, animal heads on the walls, and cactus.

Audrey wrote, "In short, it was miserable for all of us. The staff, however, was wonderful and did their best to make it work for us. The waiter was SO patient and helpful. He and the manager worked together to get us another table farther away from the busy-ness. He warned us when a group dance was coming and said the music was going to be louder, which gave me a chance to get Henry into the waiting area/vestibule where it was quieter. He removed the cactus at the new table (and the new table was out of visual sight of any animal heads)."

But the good service didn't stop there. Audrey continued, "Then the balloon guy came to the table and distracted Henry by making designs for both kids. That awesome balloon guy and the new table/environmental context bought us about 15-20 minutes - just enough time for momma to eat a bit before having to run off to the car with Henry. The manager gave me his card and wrote three table numbers on the back, saying whenever we come in to just call ahead and tell them we need one of those three tables to make it easier for us to bring Henry."

I do not have a child with autism but even as a mother of four children aged four and under, and one with very severe food allergies, I definitely appreciate a restaurant and its employees doing their best to take care of their customers. Many servers would have been annoyed and unjustly complained about how demanding Audrey and Phil were being. Instead the manager and waiter respected Henry and accommodated his special needs to make the family's evening out really enjoyable.

Audrey finished by saying, "I could have hugged each one of these gentlemen. They were outstanding in every way and went above-and-beyond in their service to our family to help us cope with the situation. I can't say enough about this staff and how hard they worked to help our family tonight. The manager and waiter both said it's not a big deal, that this is what they do - they're here to help people."

I am so grateful to the staff of the Arrowhead Texas Roadhouse for being kind, compassionate, charitable, and generous. Well done!

If you live in the Phoenix area I hope the next time you're hankering for dinner out you will support the Arrowhead Texas Roadhouse in appreciation for how wonderful they were to Henry and the whole family.
- April 30, 2013