1 - I confess, I am not feeling this song today, but it was the one I had planned on using all week. Obviously, my week started on a better foot than the one it's ending on. Maybe you're having a good day, though, and this peppy song is right up your alley. Good for you, then.

2 - My stress levels are through the roof right now. This week was supposed to be about finishing up projects in the house so when the realtor comes Tuesday at 2pm everything is done and clean and ready for pictures. But instead this week has been diddled away and nothing is done yet. I loaded all the kids into the car to get out of the house so Travis could stop taking care of kids and start work only to realize that we have no cash and both my credit cards were expired.

3 - Obviously I did *not* do the 7 days of blogging challenge from Jen. Let me tell ya: it was awesome. I had something to read all the time and no pressure to write anything. I say make it a quarterly thing, Jennifer!

4 - Well, I'm down 28lbs of baby weight. This is good news, except that I still have 15lbs to lose to be back to what I weighed before I got pregnant with JP. And then there's the other 45lbs I'll have to lose to be back to my pre-L weight, which is still 10lbs more than what I weighed when I got married. After Resa I lost 20lbs in 3 months with Weight Watchers, but if you read #3 above then you'll know that right now we do not have money for WW. I guess I'll just have to exercise and use portion control on my own. Blah.

5 -  Here's something to not be grumpy about: Catholic All Year's Kendra has been spending her summer in Chicagoland instead of the greater LA area and has agreed to come down for a little visit this Monday. All our kids will be together and it will be madness but I think I'll love it. Or I might just ignore my kids and cling to adult conversation.

6 - While nursing JP and Resa I noticed something that I'm not sure I noticed with L and Ben. (I wasn't able to nurse JF.) For a brief period during each nursing I feel this wave of being sad and overwhelmed. It hits me fairly hard, especially if I'm not distracted in conversation or television viewing, and I feel like I have a sudden, huge lump in my throat - like I'm on the brink of breaking down. And then, almost as quickly as it comes it is gone. If memory serves me right, it didn't last the entire 10 months I nursed Resa, and I actually forgot about it until it started with JP once my milk came in. A friend of mine suffered from D-MER with her babies and having listened to her I suspect that's what's going on with me, too. Anyone else gone through something similar?

7 - After my nap I'm going to start trying this: 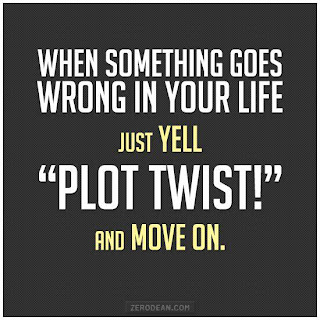 Thank you to the perfectly lovely Jennifer Fulwiller for hosting!
- July 26, 2013