1 - In high school I went through a Simon & Garfunkel phase where I listened to their records all the time. All the time. That phase came after the great Beatles phase of middle school. Of course the S&G phase was a great gateway to a lot of Paul Simon's other music, especially his Graceland album. This song is one of the many Paul Simon songs I've picked up along the way. Love the drums.


2 - This seems to be the summer of blogger meet ups and it's just so cool. I have this running list in my mind of women I want to meet and hang out with, along with women I have met and want to spend more time with. But earlier this week Kendra, who writes at Catholic All Year, filled her van with kids and food and drove from Chicago to small town, central Illinois to pay me a visit. I wrote about it here, but suffice it to say: it was so nice. 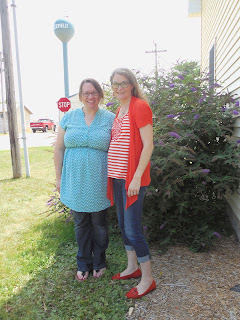 3 - Speaking of meeting bloggers, allow me to tell you a story of when I hosted Jen and Joe Fulwiler for brunch. The day after the Behold Conference when Jen was the keynote speaker I arranged to take the Fulwilers to Mass, feed them brunch, and get them to the airport.

If there was something I could mess up, I did. I was so excited about spending time with her that I never really thought about the fact that it would be the morning after an exhausting, long day - since I was the associate director for the conference. Also, my introverted self was pretty much maxed out. I had used all my charm, small talk skills, and abilities to be interesting. And, oh yeah, we run late all the time normally so of course we'd run late when we had to keep them on a tight schedule.

On our way to pick them up from their B&B Travis was on his knees, using a broom to sweep the van. At a stop sign in the country he opened the side door and swept all the dirt, leaves, and old french fries onto the side of the road. Poor Jen and Joe were waiting on the sidewalk and we drove by and pulled them into the van, gangsta style. We were probably late for Mass (I don't remember.) And then I guess I had not clearly communicated with my mom, "Here's all the groceries for brunch with the Fulwilers, can you please start cooking the sausage and eggs and I'll take over when we get to your house?" Because she hadn't started anything and so instead of getting to visit with Jen I was cooking brunch. Then, at meal time I could think of nothing to chat about (all introverted out, remember?). We had to hurry to eat because cooking had taken so long and now I needed to get them to the airport. And when we got to the airport they were remodeling, didn't have things clearly labeled, and we dropped them off at the wrong door.

So overall, I felt totally awesome.


4 - Last weekend I had a little potluck, cook-out birthday party. It was low-key and lots of fun. I have good friends. 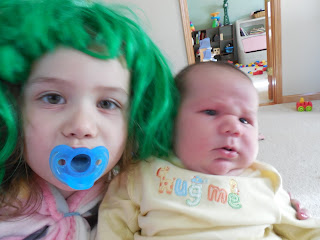 L did some pre-gaming with JP. 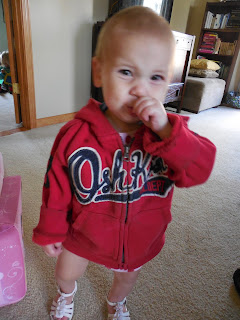 The weather was so nice Resa had to borrow her older brother's jacket. 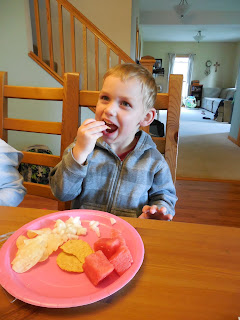 JF was super happy about the chips and watermelon. 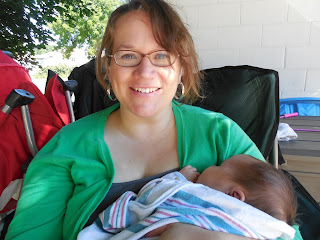 I was really happy about beer and sleeping babies.


5 - Well, it's official: our home is for sale. We're moving so we can be closer to the Catholic school we're sending L to, otherwise we'd stay in this house, which we love. But if you're interested or curious you can check it our here.


6 - So since we have a newborn and we're selling the house and Travis is going back to work and his masters classes (2 this semester!) are starting up soon and L's beginning kindergarten and JF is transitioning out of Early Intervention to begin preschool and we're searching for a new home I feel completely overwhelmed, exhausted, stretched too thin, anxious, and stressed to the max. It took me three days to write these 7QT, which makes me think I just need to take a blogging break.


7 - But first I'll leave you with this fabulous meme: 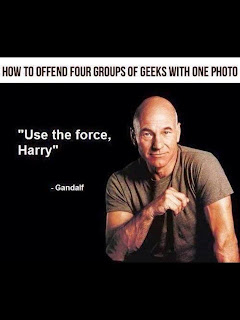