1 - Totally weird video. Don't let your kids watch it until you've watched it and you know you're okay with it. The song though, the song is so great.


2 - I've been checking out a lot of the blogs that were nominated for the Sheenazing Awards and I was delighted when I saw a related post at The Breadbox Letters. Nancy writes that because the awards were named for Sheen she began to dig into his works and writings a bit. Part of the reason I host the awards is to raise awareness of Venerable Fulton Sheen, his holiness and love of God, and his cause for canonization. The fact that Nancy looked into Sheen and was moved by his writings because of my simple little awards - that's just so great. Praise God.


3 - Speaking of Sheen! Check out what one of my blog readers sent me recently: 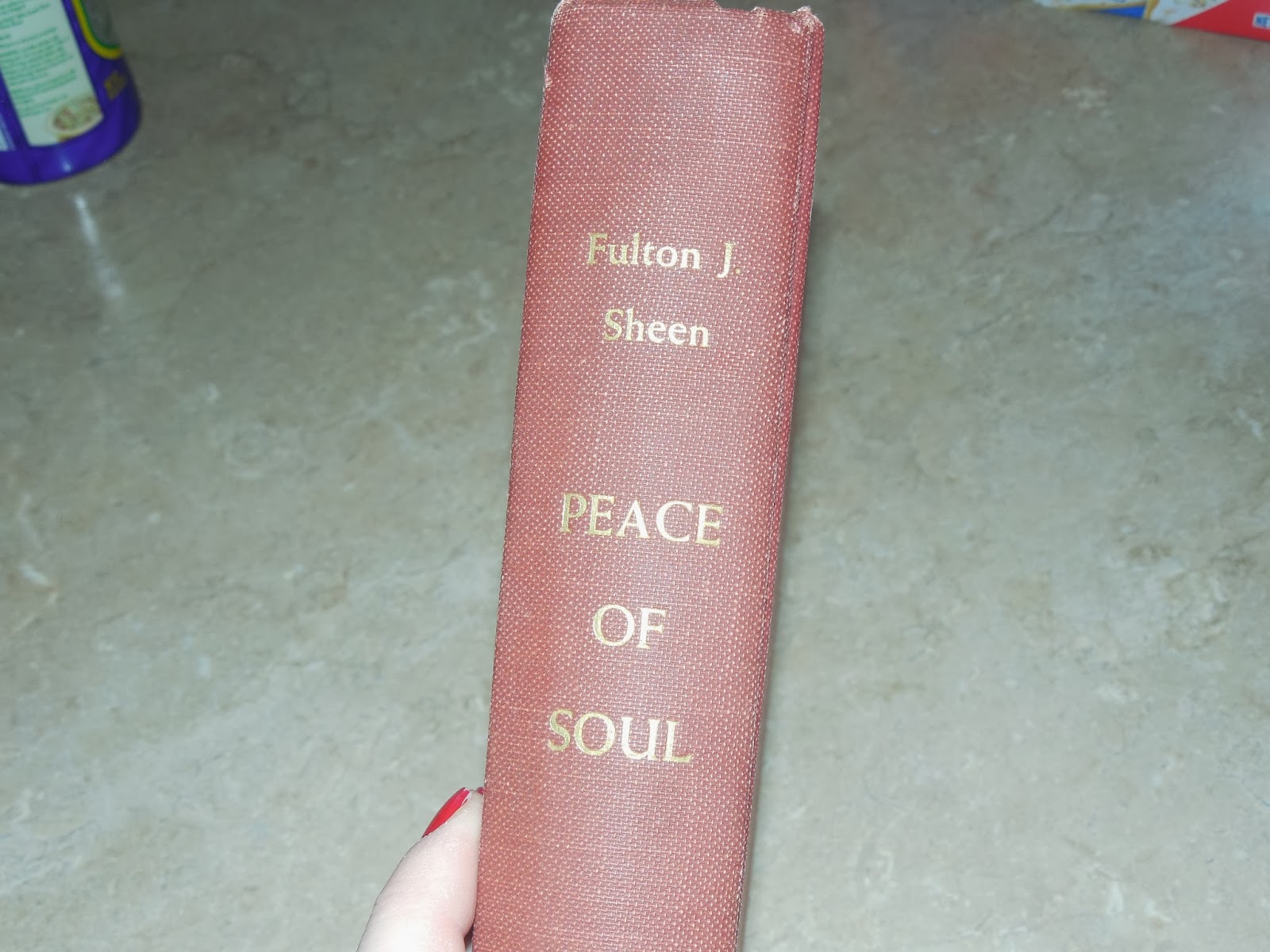 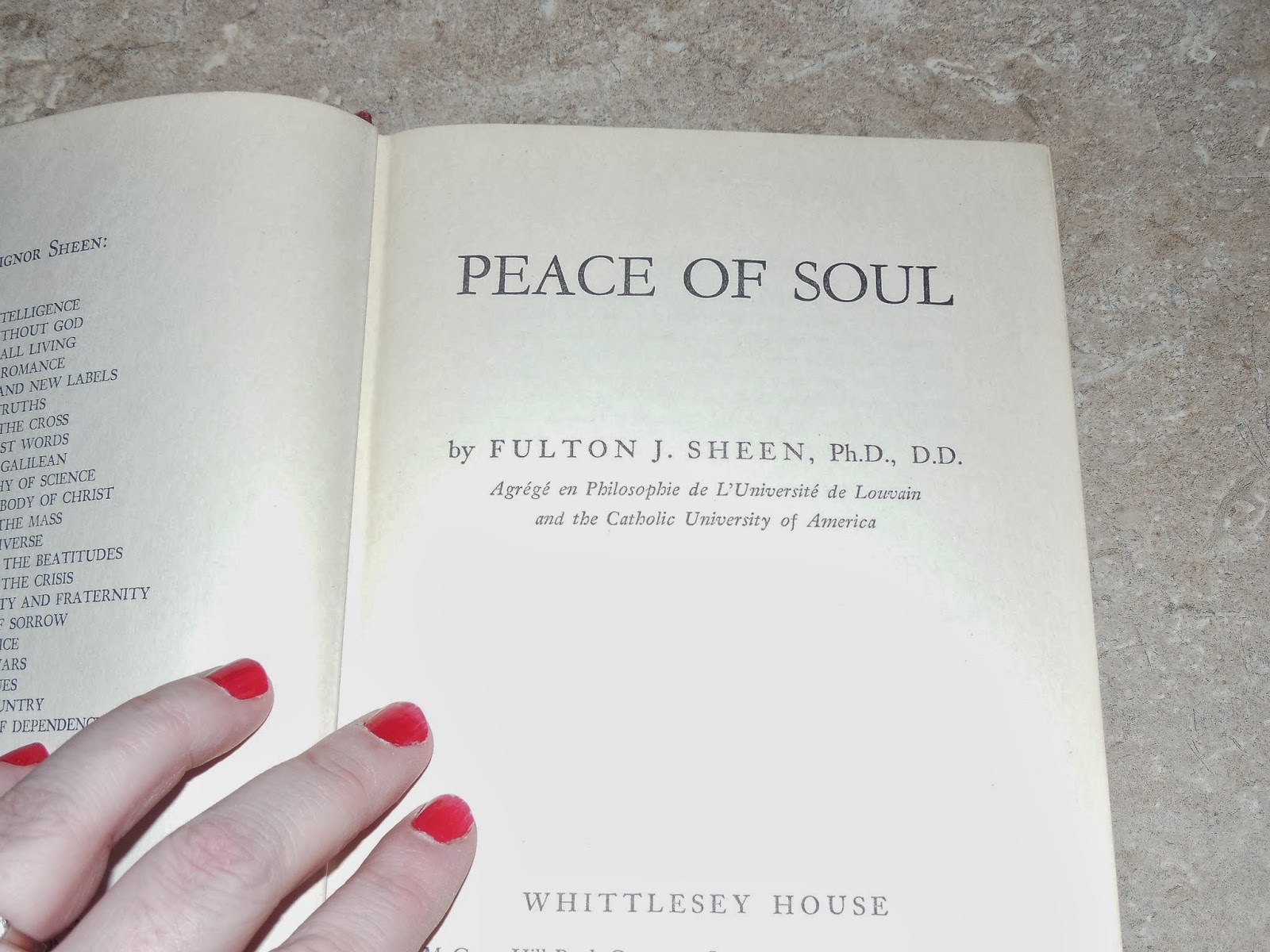 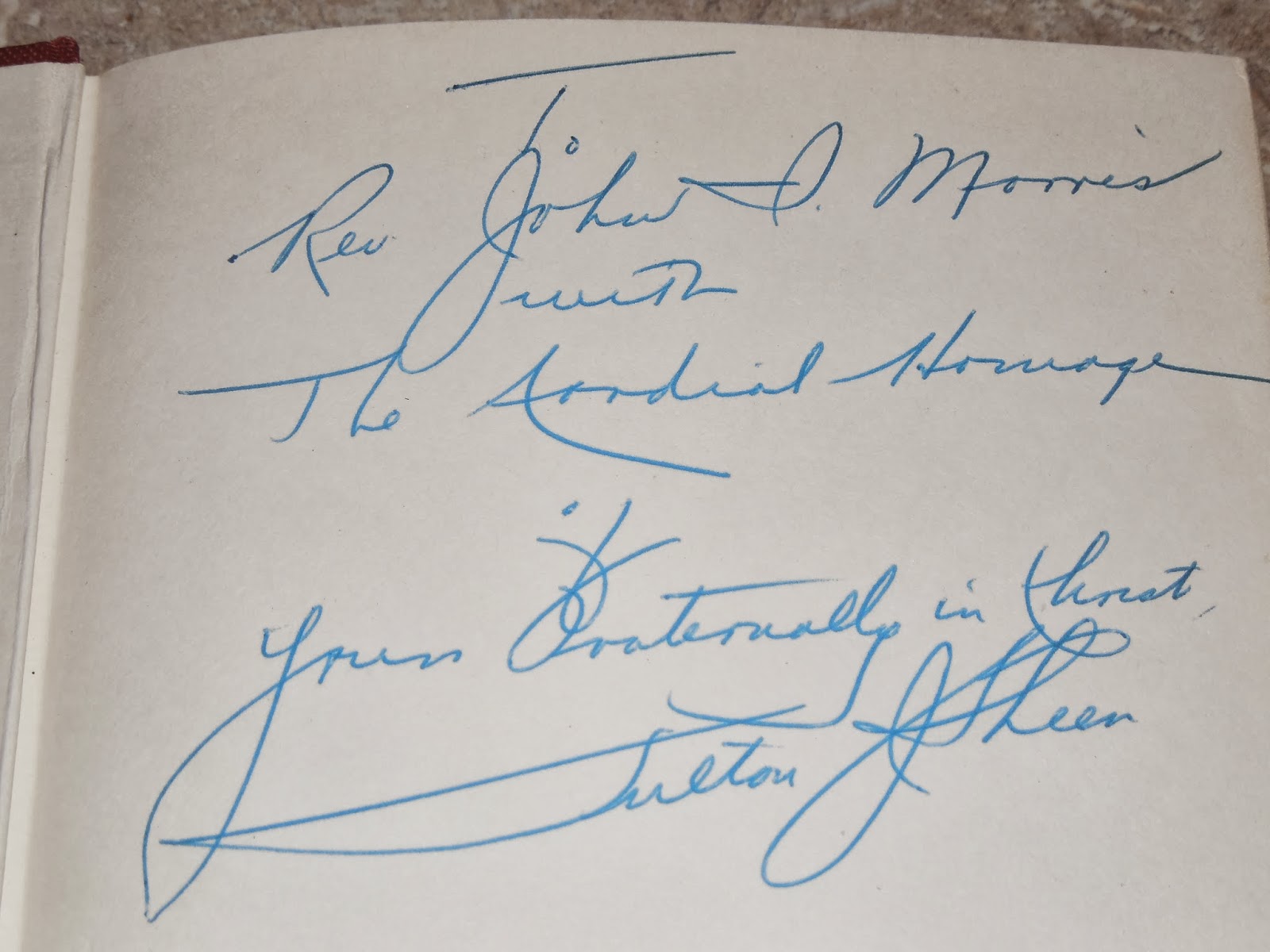 Look at that, friends! A second class relic! Boom!

Travis and I had *just* been discussing how we wish we had something of Sheen's to pass on to JF one day and literally the next day I got an email from a kind woman named Sharon offering to mail me a book she had that was autographed by Sheen. Love it!


4 - Awhile ago I asked some questions about make up and I got some really wonderful answers. I also was told repeatedly to NOT USE BAR SOAP ON MY FACE!!! I've been doing a new regimen but I still have a question:

BB Cream wearers, do you put on sunscreen first? Is there a magical BB Cream with sunscreen in it? 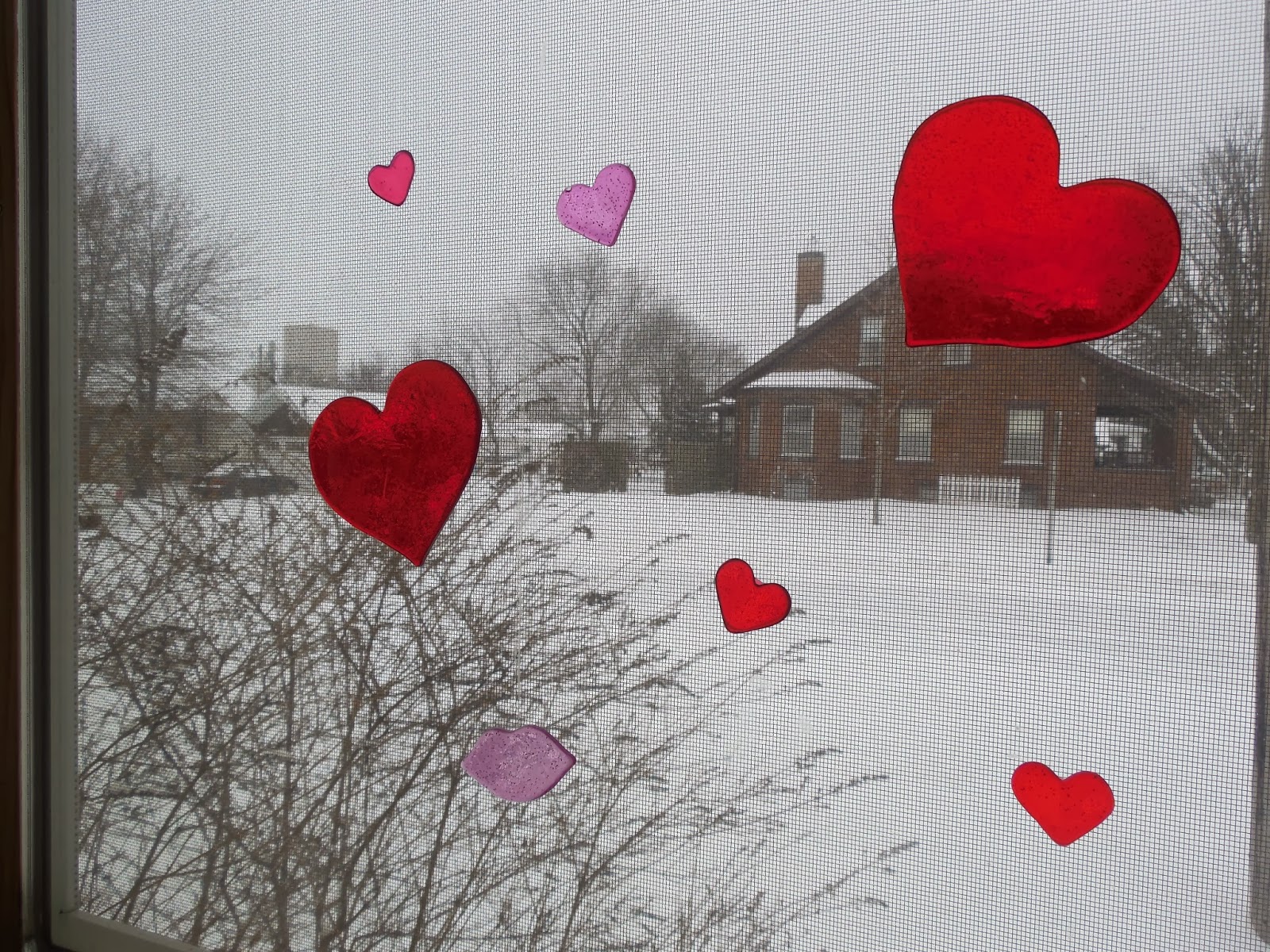 window clings and my butterfly bush.

The butterfly bush. One of the best decisions about this house I ever made was planing that bush by the window. Late spring, summer, and early fall it is covered in bright purple flowers and attracts butterflies and hummingbirds. Late fall, winter, and early spring it is bare but often filled with sparrows, cardinals, and even other birds. As I sit on my sofa I can watch them all and it is awesome.

I know the window cling thing is lame but they are so dang bright and cheery and festive. We've got them for Valentine's Day, 4th of July, and Christmas. I'd like to get some for Easter because I'm adorable like that.

6 - The school carnival was a couple of Saturdays ago. I signed up to make a cake for the cake walk and decided on a 4 layer yellow cake with chocolate buttercream frosting, all made from scratch. Here's hoping whoever ended up with it thought it was good!

Our kitchen is the coldest room in the house in the winter and by the time I was frosting the outside of the cake my buttercream frosting had firmed up so much I could barely spread it. 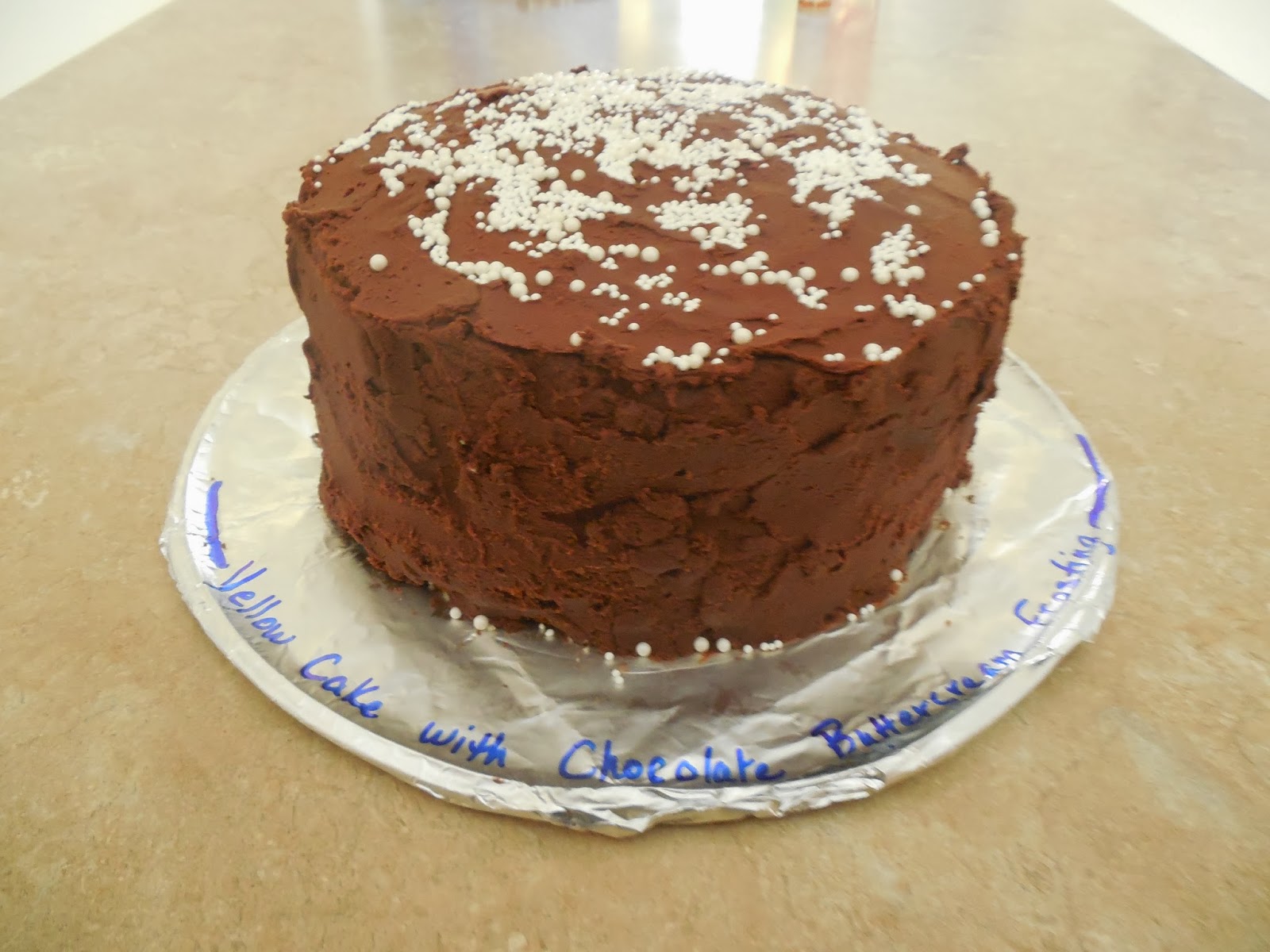 
7 - So it turns out that I'm going to be able to attend the Edel Gathering in Austen this summer. A HUGE thank you to Jen and Hallie for planning it! Really. I am so pumped. I'll admit that when I saw the list of everyone who is going to be a part of the day I immediately got a stomach ache and felt anxiety over how beautiful and smart and funny and cool everyone is. Eek!

But then I decided to just get over it. I'm going and I'm going to have a blast. Because you know what, people are NICE and it's going to be FUN!