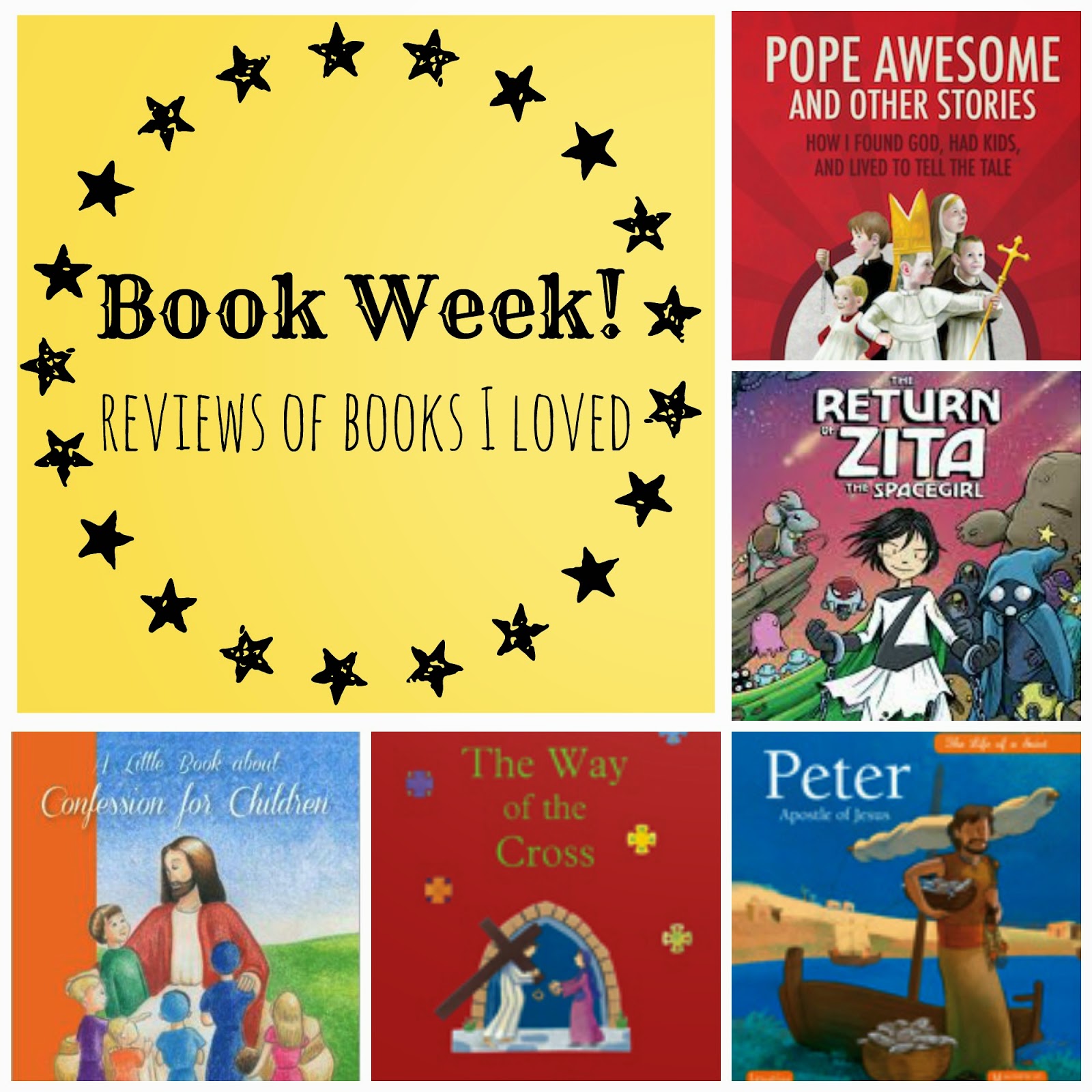 Over the last month or so I have read a handful of books that were each so very good I knew I wanted to tell you about them. I decided to set aside a week to do a review each day and, thanks to the generous folks at Ignatius Press and Magnificat, I also have a free copy of Kendra Tierney's A Little Book about Confession for Children to give away at the end of the week. Be sure to go to Monday's post to register to win!

If you have read any of the books I'm reviewing I'd love to hear your thoughts, too! Leave a comment or link to your own post in the combox. 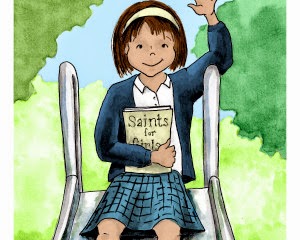 The chapter book tells the story of a first grader at a Catholic school. Her name is Bernadette and she needs to choose a saint to portray for her school's All Saints' Day party. Bernadette doesn't know who to choose, her brothers are driving her crazy, and she feels like she has no special talents. With help from her parents Bernadette ends up making a new friend and having a great All Saints' Day.

Now, there are SO many things I loved about this book.
It is very well written. Honest and simple enough to believably told from a first grader's perspective but clever enough that it's not dumbed down literature.
The pictures are wonderful - warm, cute, but not cutesy. My absolute favorite picture is from a scene that takes place at the dinner table. The baby is throwing noodles, the handsome dad is at the head of the table, the mom is drinking wine, Bernadette is in her Catholic school uniform, and there's a picture of St. Peter's Basilica hanging on the wall. It's like they took a picture of *my* dinner table!
Bernadette's parents - both of them! - play an important role in the book. Her dad is not a buffoon, her mom is kind and helpful, and they're both present and married to one another! It's kind of ridiculous that I need to applaud this but I'm so grateful for the portrayal of a happy, traditional family.
It is Catholic but not in a super pious way. This was such a real portrayal of what a Catholic home and Catholic school look like. I'm Bernadette! did a great job of writing about this girl and her family and her predicament in a normal way. I don't know if I'm conveying what I want to say so let me be blunt. A lot of Catholic art is pretty poor quality and I was afraid this might be too. But it's not. It is very well done. Like I said, it's absolutely lovely.

Now, for this review I wanted to share not only my perspective as a parent and adult, but the perspective of a member of the targeted audience. Fortunately my good friend Grete and her daughter Maria agreed to read it and do a little interview for me.

How old are you and what grade are you in?
Maria: I am 8 years old and I am in 2nd grade.

What did you like about the book?
Maria: I like that it had St. Bernadette in it.

Could you relate to Bernadette and her family?
Maria: I think Bernadette would be a good friend to me.

What did you think about having a book about a Catholic girl?
Maria: I haven't read very many books about Catholic girls and I like it.

Did you like the illustrations? Why or why not?
Maria: Yes, I liked them because they were in pencil.

Would you want to read more books about Bernadette?
Maria: Yes I would. There was a "sneak peek" for a new book that will be done 2014 about Christmas. There should be an Easter one, too.

Is there anything else you'd like to add?
Maria: No.


And Maria's got a good point. There's nothing else to say. I'm Bernadette! is fantastic and you should buy it.


I'm Bernadette! by Emily Grace Ortega is published by Half Moon Bay Publishing.
Don't forget to sign up to win an autographed copy of Kendra Tierney's A Little Book about Confession for Children.
- April 09, 2014

Email ThisBlogThis!Share to TwitterShare to FacebookShare to Pinterest
Labels: books