I Saved a Baby - a guest post by Annie Tillberg

My family doesn't look the way I dreamed it would.  Fostering wasn't something I had always planned on.  It all started when I didn't get what I wanted.

As the third in a family of nine, a cradle-Catholic, and a newlywed, I was prepared for a large family.  We were married 15 months when we welcomed our oldest daughter into the world via c-section. 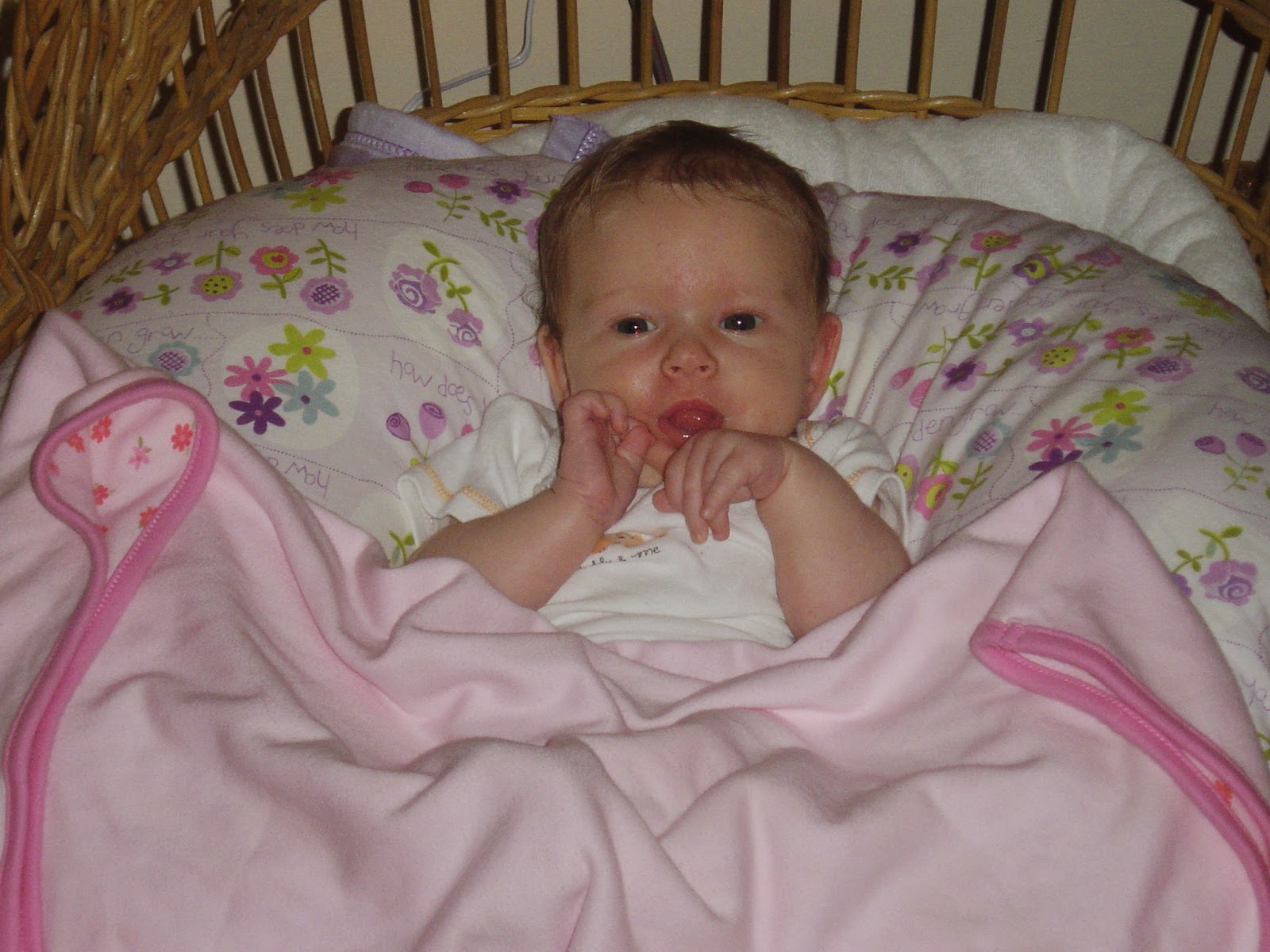 After she was born, we spent years trying for a second child.  During that time, I suffered and struggled a lot.  It was a time of joy with a young daughter, but sorrow tinged the edges of everything.  Suddenly, everything I felt I had been made for was not working.  After five years of trying to conceive, I experienced a pregnancy loss.

That time was filled with such great sorrow.  When I started to come back to life, I started to feel God was calling us to foster.  We hoped to adopt through fostering, but I really felt God was asking us to step outside of our own biology and find our child in the foster care system.  I had such a strong knowing and certainty.  None of my typical anxiety filled this decision.  I knew she (with a two bedroom house and one daughter, we were licensed to take an additional girl) was out there.

I cleaned up, pulled the bassinet out of storage and headed to the hospital.  That night, for the first time in six years, a newborn "slept" in our home.  She had been born premature and had some sensory processing issues, so she slept about an hour at a time for the first six months.  We walked the halls with her each night, in turns frustrated and in awe of our blessing.

For two years, the case limped away from reunification and it seemed the parental rights would be terminated.  For a year, we were told adoption was going to become possible.  Our life was perfect.

Having that sweet little one in the house had caused another miracle as well.  I delivered my youngest daughter on June 6, 2012.  After seven years of trying, I now had two infants.  Just 10.5 months separated the babies. 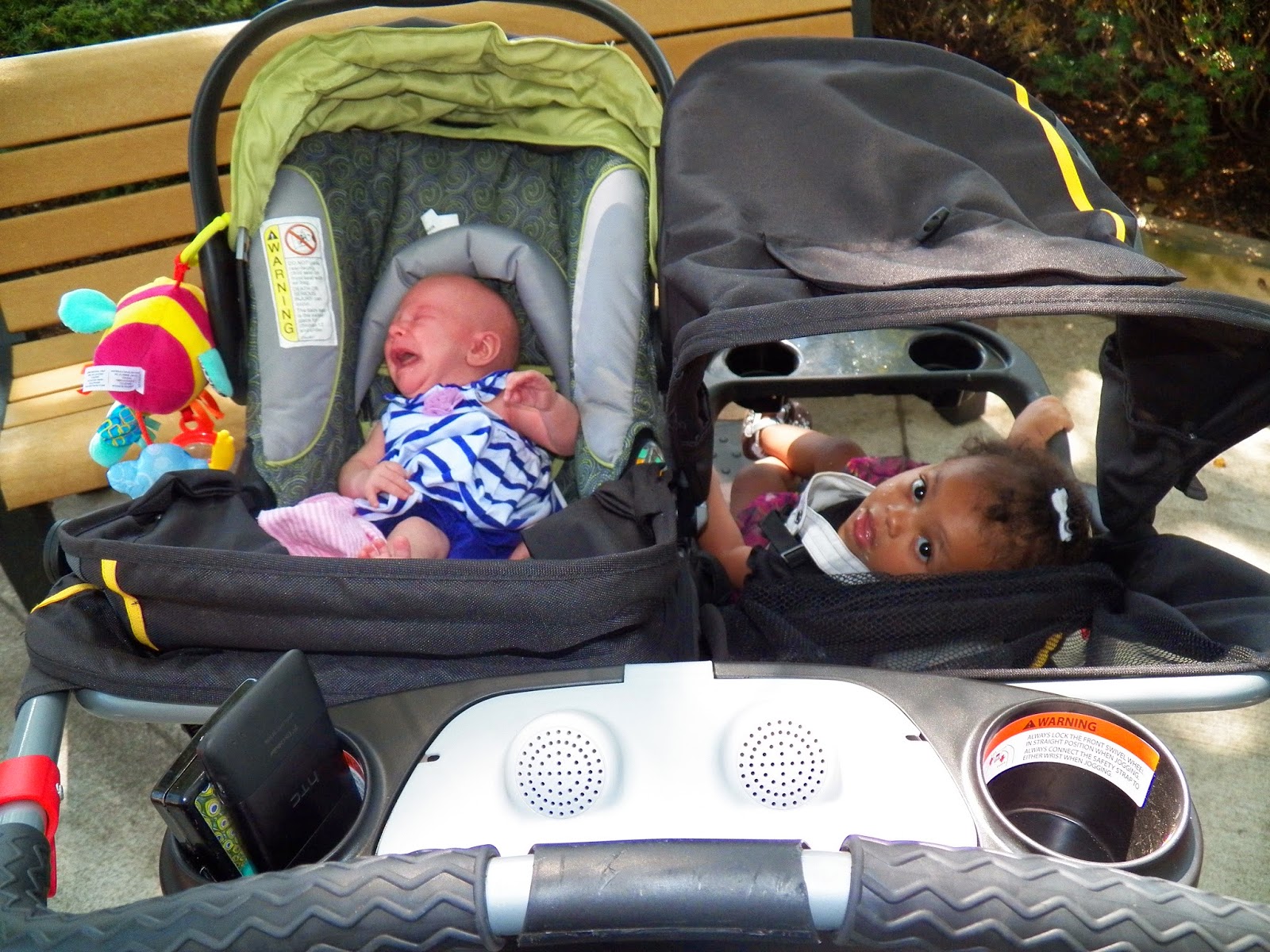 Life was busy and full and amazing.  I was exhausted and a little cranky on more than one evening in a normal week, but I felt like everything I had been waiting for had finally arrived.

Everywhere I went, people commented on my children, "you've got your hands full!" To which you should always reply, "thank God".  It is the kindest way I have learned to stop people in their tracks and simultaneously let them know that whether they're jumping off the side of the cart, screaming their way through a field trip (above), or smiling angelically, you're thankful.

In June 2013, we made an offer on a big, beautiful farm house.  It was on an acre in the country, had four bedrooms, and the kind of attic that you could relive all your Anne of Green Gables stories in.

The week we made the offer, I had a court date for our foster case.  I went in and my whole world changed that day.  A biological father had been identified, and he would be taking her.  Later that week, inspections showed a number of problems with foundation and other systems in the new house, so we walked away from the deal.

In the space of 10 days, we went from having everything we'd ever dreamed of on the horizons to losing one of our children.  Because whatever the state might have to say, once you've raised a baby from birth to two, they very much feel like your own.

On December 20, 2013, the transition was official.  She left our care for the last time and our case was finalized.  She was marked down as a "success story" and a "return home" in the books, and we were left with a gaping hole in our lives. 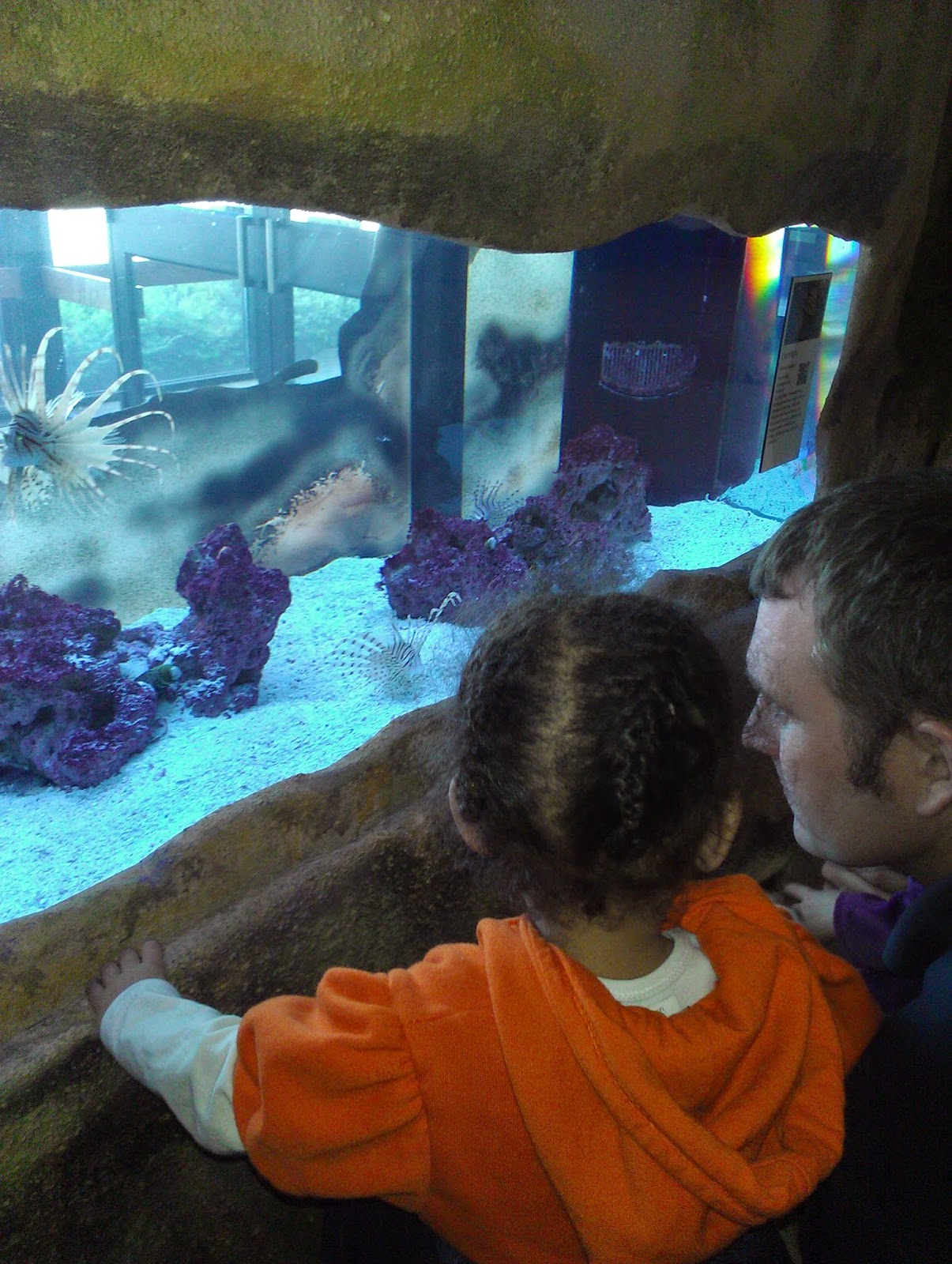 The next four months would prove to be the hardest of my life.  Visits with her were sporadic, then cut off completely, then back on.  I walked around in a near-daze, missing that firecracker personality and sweet snuggler, my only snuggler thus far.

Little by little, I came back to life.  Seeing her is still difficult and unpredictable.  God knows what the future holds for us, but we do see her on occasion now.  She still alternates between calling me "aunt" and "Mommy", she still cries when I tell her our visit is done and it's time for her to go home, happy though she is to see her dad.

It has been an incredibly difficult journey, one that I prayed would end differently.  I read about the people who have adopted from foster care, and I think, "why not me?" "why not my baby?".  But, mine is not a story of failure, of sacrifice in vain.

When the balance is weighed, she was a gift.  She is a treasure.  She was worth it.

Mine should not be the cautionary tale of foster care woes.  Things that should have been done by authorities weren't, mistakes were made on many fronts, by many people.  A government worker forgetting to file a form was the difference between us adopting and her being returned home.  There are many things for which I could be angry, for which I have been angry.  I ate about 20lbs worth of cookies over losing her.  Still, she makes my heart fuller and richer to this day.

I am not a story of why you shouldn't step out where God leads; I am a story showing God does not abandon those He leads.  I have not been promised an easy life, that's not the center of being a Christian.  But I saved a baby.  I gave everything I could to a medically fragile infant and helped her transform into a beautiful, healthy toddler. 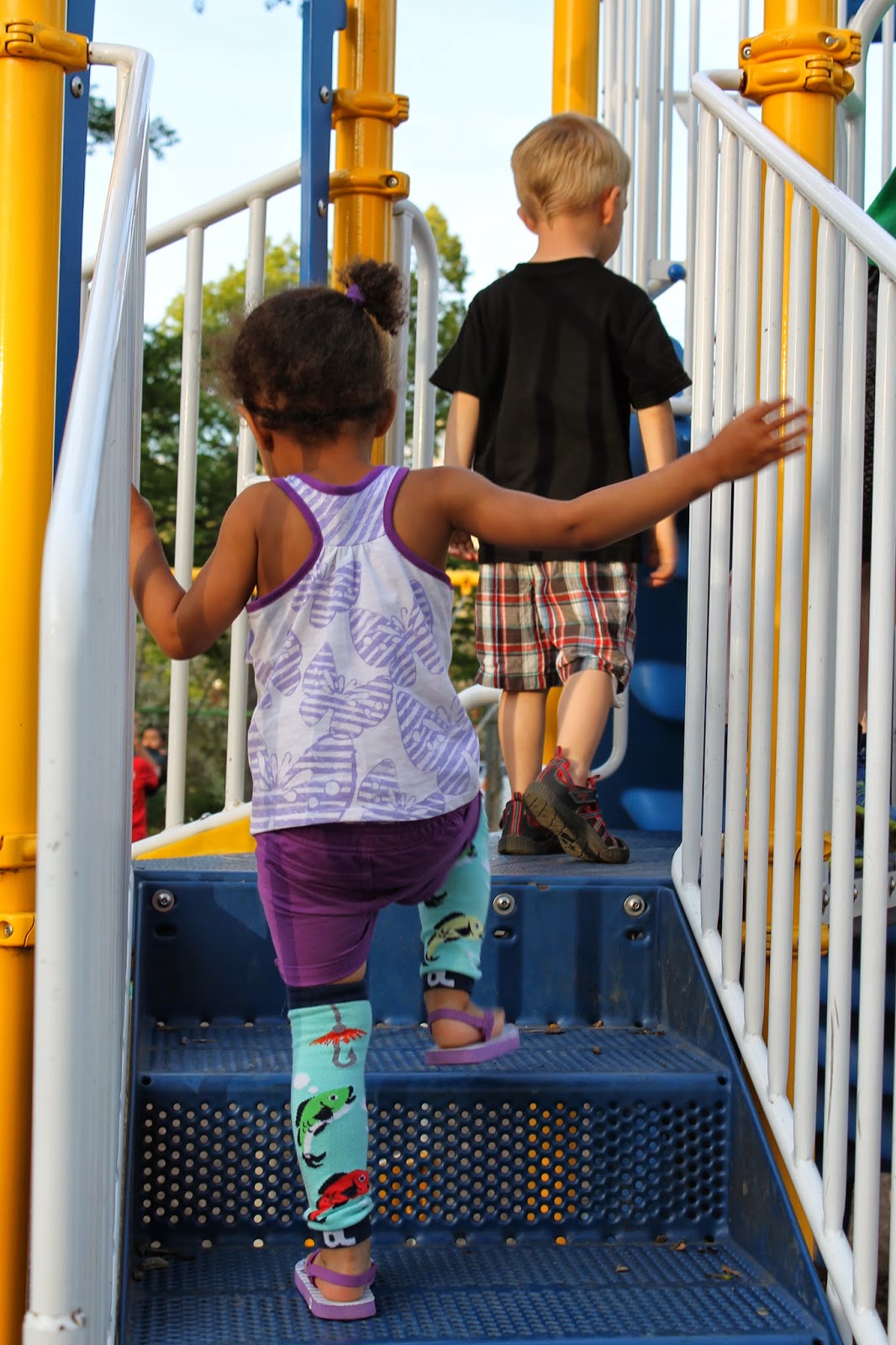 Do not be afraid.  You do not walk alone, no matter how insurmountable your calling may feel.
I am a story telling you it is hard.  I am also a story telling you, it is worth it.
May God bless you abundantly wherever He leads you. 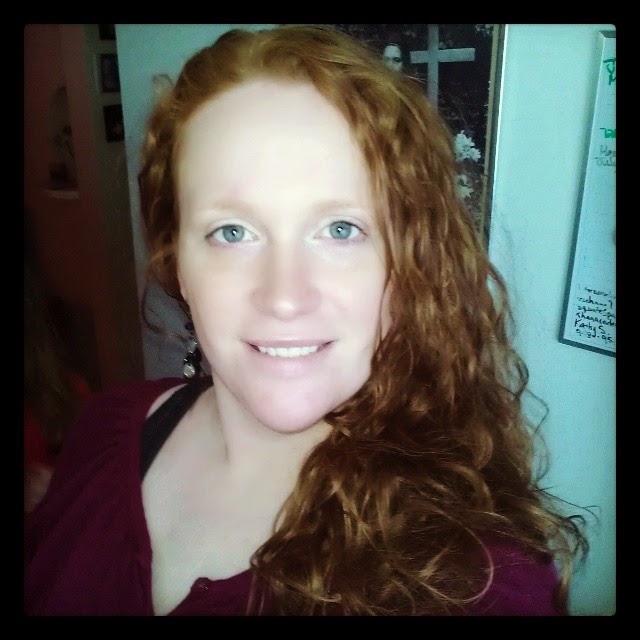 Annie Tillberg is a wife, mother, blogger, and Instructional Designer.  When she's not homeschooling or attempting to execute a home improvement project she found on Pinterest, she works from home writing training for businesses.
You can find her writing about faith, fertility, family, and homeschooling at AnneryatHome.blogspot.com.  She would be ecstatic if you looked her up on Facebook at Annery at Home. 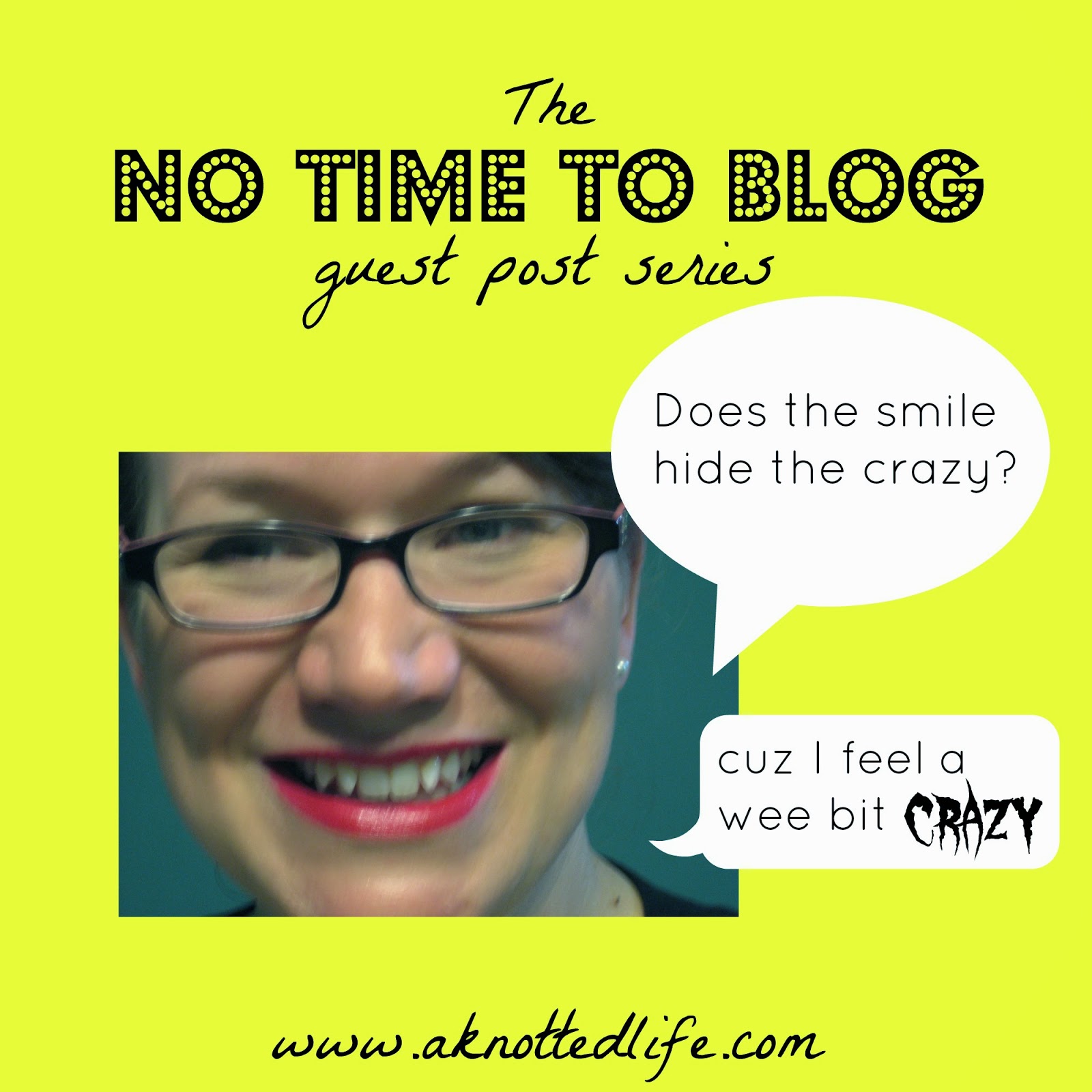