Okay, so I know I said earlier this week that I would post the Pirate Party pictures. That post is about 75% done but I hurt my back mid week and then spent Thursday night at the emergency room again with JF again because he ingested milk again. I hate milk. Also, any dairy that drips. Or is hidden in other foods. blerg. I hate allergies.

This post was originally going to be something that is not a 7QT but with all the crap of the week it has become...what it is. Thank you, Jennifer Fulwiler, for saving me with your ole faithful link up.

Pre Script: here's your song. A little bit of a throwback but such a nice one, no?


First
Did you hear about the next Edel? Jen and Hallie announced it today: Charleston, South Carolina in July 2015. You should see the pictures of the hotel! It's gorgeous! I'm wondering who I can rope into rooming with me so I can cut costs. Kendra? Blythe? Kathryn? Jenny? Any of you lovely ladies? 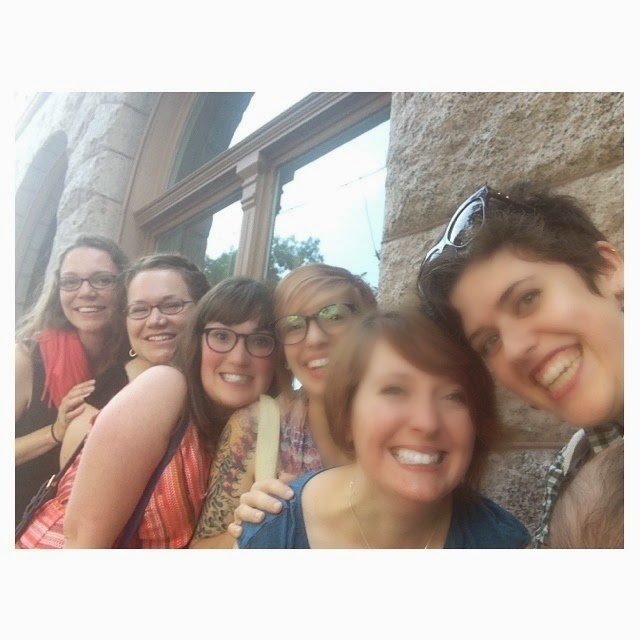 I snore, but supposedly not so badly if I'm on my stomach.

Right now Project YM is hosting the annual "Support a Catholic Speaker" voting. This is a great way for event planners to learn about popular and up-and-coming Catholic speakers. Please go vote for your favorites, and if you want you can even vote for me.

Third
Speaking of speaking, I have a few upcoming events on the books for this fall. I'm so glad that, even with the pause in the cause*, I am still able to go around and share JF's story with people. When I speak I am able to tell people about the miracle that happened and about Venerable Fulton Sheen. It is a privilege and honor to do it... and it pays for Ben's school tuition.

If you are interested in bringing me in to speak at your parish, youth group, moms' group, gala, conference, or other event please let me know. I feel like it is even more important now for me to help spread the word about Venerable Sheen's cause.

*Kelly Mantoan totally needs to get credit for coming up with "pause in the cause."


Fourth
English muffins: I've tried a recipe from King Arthur Flour and one from Country Living. Both were okay, though I much preferred King Arthur's recipe. If you try CL's use less salt, I say. I'm still on a quest for the best recipe. If you've got one I'd love to hear. The major problem so far has been that both recipes have lacked the nooks in the muffins. 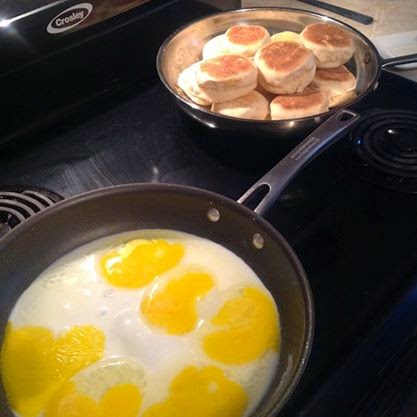 But they still made some great egg sandwiches!


Fifth
I recently learned about a new (to me) site called Catholic365. From their website:
Catholic365.com is a Catholic-focused article and information portal from Catholic writers and bloggers who write about things Catholics are interested in, with 3 main categories - Faith, Life and What's Going On, from a perspective consistent with the Magisterium of the Catholic Church.
So that's pretty cool. Another one to add to my list.

Sixth
I just learned that the Women's Care Center that opened in Peoria, Illinois a year ago has helped mothers choose life over 200 times! There have been 23% fewer abortions in 2014 compared to last year! How wonderful is that?!


Seventh
Have you been reading the devotionals from Blessed Is She? Oh man! So good! Sign up if you haven't yet! 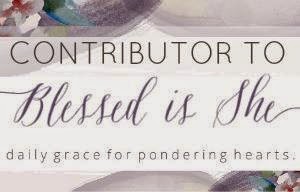