Removing the shame so it will all taste better

This is not your run of the mill, it's the New Year, let's jump into your weight-loss / get-healthy / Whole30 / resolutions post. This one is way more humbling for me to write than one of those. But it is a post about getting healthy because my health is out of control and I'm tired of it, and just plain tired.

This is not a new story for me.

My first two years of college and all of high school before that I was a chunker. I can still remember the day that I decided I had had enough. Even though there was a cold drizzle that May day I went outside and "ran". Over that summer I worked my way up to being able to run 3 miles. I hated running but I loved the results. I would also go swimming, go for walks, and challenged myself with a 5k race. I was careful about what I ate and if I ate too much, especially of something that wasn't good for me, then I just threw it up.

By late fall I pretty much quit running and by the time I had graduated college I was pretty much done with the purging.

And I kept the weight off. For six years I would flux a little but the weight on my drivers license was accurate and I was happy. 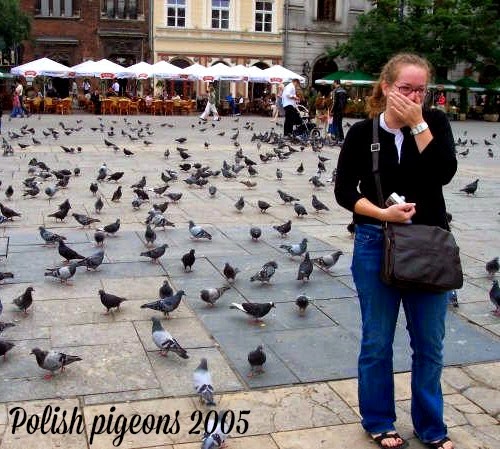 When I got married I wore a medium for a shirt, a size 10 jean, and I had nice, strong legs and big-but-not-too-big boobs. Even with my crooked teeth I looked good.

And then I got pregnant. With that pregnancy and the grief of the loss I gained about 10lbs.
I got pregnant again. And again. And altogether I got pregnant 6 times in 6 years and while I always lost some of the weight I never lost all of it. (Oh yeah, and there was the 7 week NICU stay where I gained weight, too.)

Then there was what I see as a bit of a low blow: while I was taking medication for PPD I gained even more weight. Why isn't there a pill to make me both happy and thin?

So now, eight years into my marriage and I've got an additional good ten pounds for each year. I look fat; I feel fat; I am horribly, embarrassingly fat.

In the last months I've also noticed a lot of other stuff happening with my body. Completely wonky cycles that could be 28 days with no phase III to a 44 day long one with three possible peak days. Cramping, sometimes painful enough to wake me up but not related to anything obvious. A body that aches and feels totally out of line. Other, grosser stuff that I won't share with you.

I'm trying to change all this.

In October I gave up soda. I stopped having painful cramps during my period when I did that, which was a very pleasant surprise, but oh how I missed my diet Dr. Pepper.

November I nick-named "No Sugar November" and I did a pretty good job at continuing to stay away from soda in addition to having no sweets. I dropped 4lbs in  a week.

December was supposed to be "No Dairy December" but I made a lame attempt and by the middle of the month I had given in to the sweets.

So here I am, at the beginning again.I'm doing the really obvious stuff:
- no more soda
- no more sugar
- limited dairy
- limited carbs
- lots more sleep (early bedtime)
- lots more water
- a bit of exercise.  (Oh gosh, please don't laugh at me but here's a YouTube channel with some workout videos I don't hate. #1 and #4 are my favorites.) 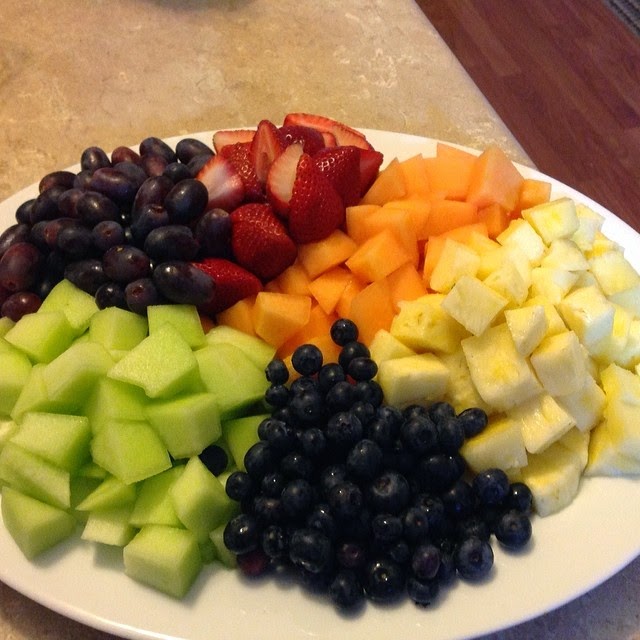 But there's more than that.

A little while ago I was praying the novena to Our Lady, Undoer of Knots and while I was praying for something else, I heard very clearly in my head that food is the knot that needs to be untied in my life.

Oh man, if there has been anything to help me even get to this point it has been the grace and healing from the Sacrament of Reconciliation.

I feel like a lot of the behavior of my college days when I was binging and purging is being redeemed. Then I thought about everything I ate and I obsessed about every move I made. Now I think about (almost) everything I eat but I consider "Is this a good choice? Is this bite one bite too many?" Instead of considering if I'll have to throw it up I consider if I'll have to confess it later. "If I eat this, is it gluttony?" It's not scrupulosity, which I think is another part of the college sins being redeemed, but it's responsibility.*

It's not taking the joy out of eating, it's taking the shame out of it.

And I'll be honest. This is about being healthy spiritually, physically, and emotionally but it's also about looking good. I want to look good. I think I deserve to look good. (Just in case I was getting a little too pious for you, I'll bring it back down a bit.)

So there it is. I'll probably be posting about this all from time to time and I hope you don't mind. But if you're in a similar situation maybe we can encourage one another along the way. What do you think?


*I updated the post with the line about scrupulosity after a comment below. It's an important point to make.
Also, I hope I don't sound glib about the binging and purging / eating disorder stuff. It was serious, it is serious, and while I've written about it before, that's not what this post was about. I needed to mention it but I didn't want to go into a lot of detail about it again. Not now.
- January 06, 2015

Email ThisBlogThis!Share to TwitterShare to FacebookShare to Pinterest
Labels: being fat, food, me