The time my boy could have died from a french fry

One night earlier in the week was a bit on the crazy side so I made things easy on myself and got the kids fast food for dinner. They were delighted and they sat around the table eating, chatting, and laughing while I put away groceries and cleaned the kitchen.

JF was just being silly, he was teasing Ben. He stole a fry and held it up to his wide open mouth with a grin on his face. But once Ben shouted that he would get sick, JF returned the fry. I went over to him and saw that he looked worried.

"No, he just held it near his mouth," the kids all told me. JF sat really still.

JF whimpered and then looked at me with big, round eyes.

"YES!" he cried out and started to sob, fat crocodile tears instantly rolling down his cheeks. I picked him up and walked to the living room. He was shaking with fear and crying with fear, and burying his face because he was so afraid. I sat and held him on the sofa, rubbing his back and trying to reassure him that he would be okay.

I don't really know what to do about this, and I don't even know why exactly I'm sharing it. Maybe I just need to get it out there; maybe if I talk about my fear it'll help. I guess I am still trying to learn how to live this life. 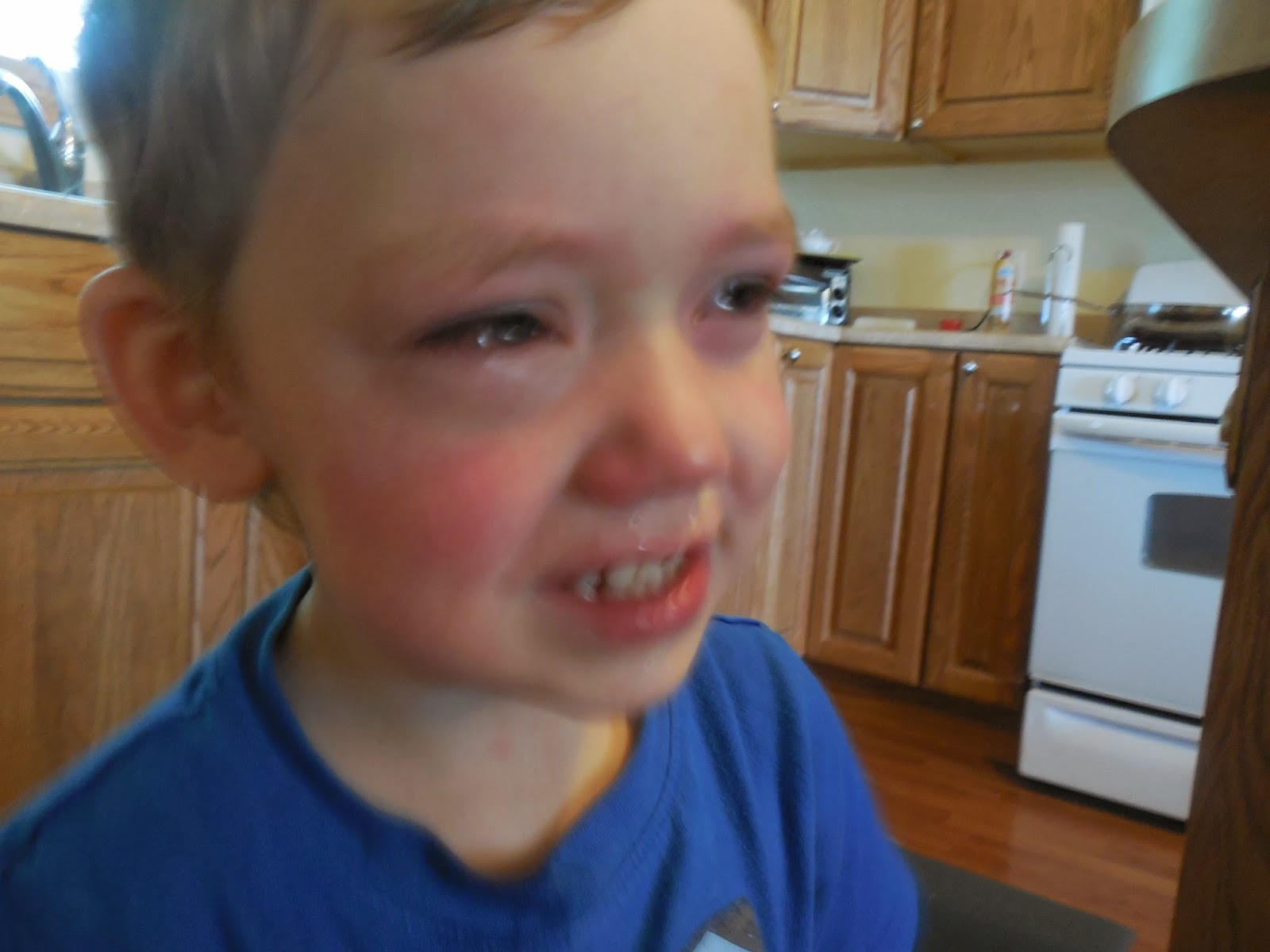 This is an old picture, but his is what happened when JF touched cheese and it's 5 minutes after medication.