Calm down, crazy: Movies and my experience with postpartum depression

Anyone who was around long enough knew something was wrong with me.

I could get out of bed in the morning. I didn't sleep all the time. I didn't cry easily. Those things weren't there.

But I had no energy. I wanted things to be perfect and I stressed out trying to control it all, feeling anxious and jittery while doing so. At the same time I was lethargic and felt too tired to parent my kids like I saw others parenting their kids. 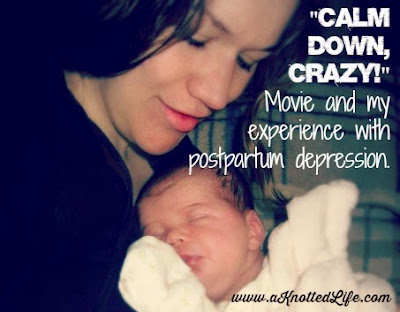 And I yelled. A lot. I punched the walls and slammed doors. I freaked out and lost my temper over ridiculous things.

When I was postpartum with my first I asked about postpartum depression but was told that I was just overly exhausted. I just needed more sleep.

More sleep helped, but there was still the anger that was always right there, right under the surface, just about to erupt.

Travis took me on a walk and he told me that I was different and that he knew I could get better and that he and the kids needed me to do so.

But I didn't get better. I tried praying it away. I tried confession and Mass and begging God to take it away but I also never told people, including my confessors, my husband, or even God how bad it really was.

One night Travis and I watched the movie The Prestige. It's a really interesting film, very well done, starring Christian Bale, Michael Caine, and Hugh Jackman. It's about magic and morality and secrets and in it one of the characters hangs herself.

I secretly watched that scene over and over again: a broken woman swinging from a beam. I was terrified by it, by how much I was attracted to it.

But my real temptation wasn't a noose, it was the car. Most times I drove over a bridge I thought about just driving off. Or I thought about leaving. If I put on a movie, gave the kids some snacks and left fifteen minutes before Travis was due home from work everything would be fine. Surely everyone would be better off without me there, a ticking time bomb ready to explode.

For five years my family suffered and I suffered and our home was happy-ish, but not right. And then a day came and one of my little kids made a little mistake, something so small it feels silly to even call it a mistake. But I was livid and I snapped and the magnitude of my reaction scared me.

I had had enough and in my shame I reached out to my midwife, who prescribed me medication, and a group of friends, who agreed to come over during the day so I would not be alone with my children as I adjusted to the drug and took time to sleep and take care of my newborn baby and myself.

It was only a matter of months before I could see how improved my life, my family members' lives, and my home atmosphere was. But in the year since I've learned something else:

I had no idea how crazy I was until I was experiencing normal again.

Since the first time I watched Silver Linings Playbook I have watched it again and again and read the novel it's based on. Watching the characters talk to one another about their meds, their mental illness, and the way they acted out because of it was healing for me. There's one scene where Jennifer Lawrence's character tells Bradley Cooper's character to "Calm down, crazy!" and that's exactly what I needed. I needed to hear people acknowledging their craziness. 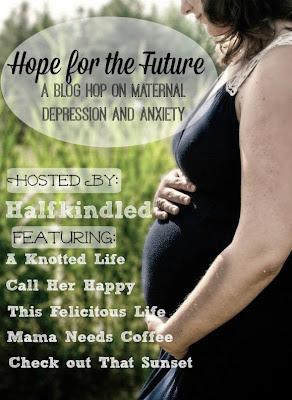 This post is part of a blog hop, hosted by Katherine from Half Kindled, in order to raise awareness for Maternal Mental Health Month. I encourage you to read the other posts in the blog hop:

You can read my other posts on PPD:
Noteworthy events I've been doing and why
What I didn't know I had lost from PPD
Little Moment Parenting
Pride and Postpartum Depression 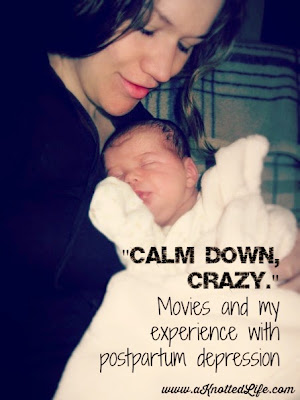