The Rest of the Story & Pre-Gaming for Halloween 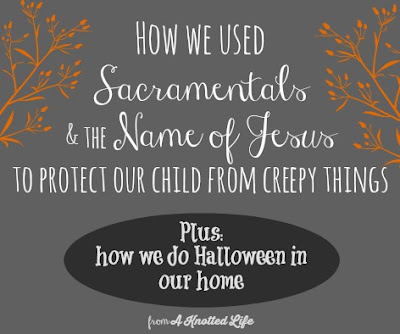 A few years ago, one of our children would awaken to someone calling their first name, telling us the voice sounded like a little girl’s. That same child would also run down the hall in the middle of the night, screaming, crying, heart pounding, terrified of something, something they couldn’t explain but it knew our child’s name. I had always believed in the “visible and invisible” but it was this experience that initiated my desire to understand the difference between the invisible good and the invisible bad.

The invisible evil—demons and Satan himself, prowling about the world seeking the ruin of souls—are just as much a reality as our Guardian Angels and Saint Michael, who will defend us in battle and be our protection against the wickedness and snares of the devil. 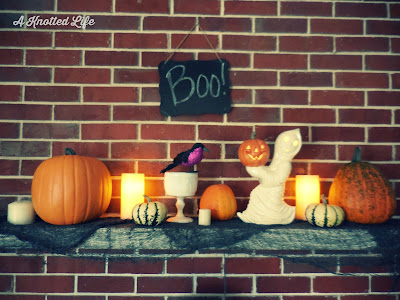 Our home was blessed when we moved in but with this issue we wondered if it should be blessed again. We told a couple of priests about it (our pastor and a family friend) and asked for their thoughts on the issue. Then, armed with their advice; a respect for the situation; and formation we had received in spiritual warfare we proceeded: 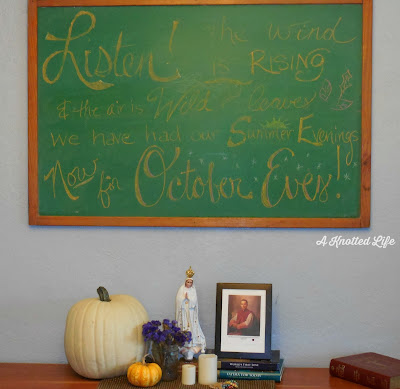 When our child would hear the voice again or have a bad nightmare I would make the sign of the cross on the 4 corners of the child's bed, praying out loud, "In the Name of Jesus Christ, nothing evil can touch this bed." Then I would bless and mark my child with the sign of the cross and pray out loud, "This child belongs to Christ and in His Name nothing not of God can come near. No evil is allowed near my child, in the Name of Jesus Christ." I would pray the Guardian Angel prayer and the St. Michael prayer over the bed. I would entrust my kiddo to the care of the BVM and then I would go into the hallway and, again praying out loud, I would announce that only angels of God were allowed in my children's rooms, in our house, on our property, or anywhere near our house or family members. I used holy water and continued to pray in the Name of Christ that anything evil would leave immediately. I told satan and his demons to go back to Hell.

Travis did his own version of all this, too and after several incidents it stopped. Because I am my children's mother I have spiritual authority over them and knew that, while submitting to God and calling on His Name we would be safe. Also, because I had discussed it with priests beforehand I knew that what I was doing was safe and that we weren't working with something scarier or in need of "the big guns" aka an exorcist or even someone ordained. So what I was doing was in my job description, so to speak. 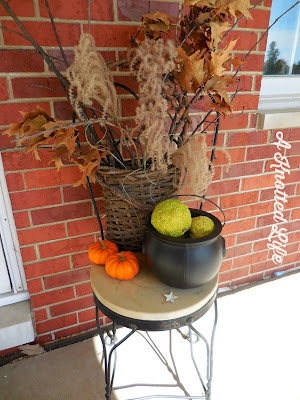 I say that because I really do believe that satan is real and he is trying to get at us and so I don't want anyone to think I  took this lightly or that I am offering advice for what you should do. Just as you have authority over your children, your pastor has authority over you and so do talk to him if something creepy / supernatural is happening in your home.

Now, you can read the rest of today's Blessed Is She devotion here. In fact, I think you should. Once I saw the following tweet from Pope Francis I thought, "The Holy Spirit has a message for today."

You can read about a couple other run-ins I've had with the supernatural in this post, The Seen and the Unseen and St. Michael the Archangel.


And now for the second half of this post: a little bit of pre-gaming for Halloween. 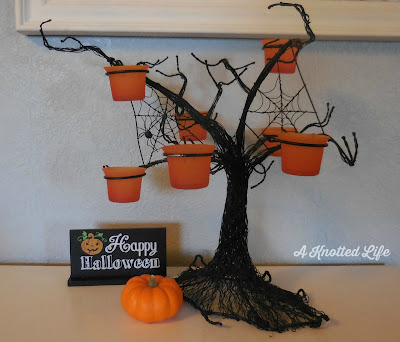 In case you're scratching your head wondering why - after the experiences described above - I would celebrate Halloween in our home I share this excerpt with you, taken from a post I wrote a few years back:

Somewhere between the occult and harvest parties lies what Halloween could and should be...

We’re Catholics, folks. We own weird, bizarre, and even slightly creepy. We reverence bone-y relics, we do exorcisms, we have holy cards of St. Peregrine showing off his cancerous leg. We look death and evil squarely in the eyes and say, “Oh, it’s you” and roll over on our beds to go back to sleep. We do this because we know that Christ has conquered death. Mary’s heel is squashing the serpent’s head. St. Michael has satan in chains, ready to cast him into Hell.

You can read the rest here: Halloween in Our Home. 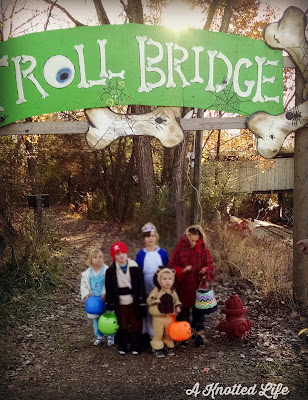 Queen Elsa, a pirate, a princess, a little lion man, and No Noggin say Hello from the Troll Bridge.


And just for good measure, here's my Halloween playlist: