Sharing My Heart About IEPs, Special Ed, and My Child

I grew up in the eighties and nineties and attended really good public schools. They had similar hierarchies to what your schools probably did and there were various socio-economic backgrounds and family structures, but for the most part it was good kids from good families who all sat pretty comfortably somewhere in the middle class. (This was long enough ago that there was still a distinction between upper, middle, and lower middle class.)

I got a really good education. Without trying too hard I was able to get B's and some A's and I took some honors classes, too. I was choir president, in the plays and musicals, attended a weekly before-school Bible study all four years, and was friends with good girls who were kind and fun. Socially speaking we were also pretty middle class and pretty happy about that. It's nice to be liked enough that no one ever will pick on you but not popular enough to have deal with the pressures of being, well, popular.

I liked school Kindergarten through 12th grade and I always had a good experience. I want that for my kids and I have hoped and prayed that they would all have similar experiences: decent grades, good friends, never bullied, never having to deal with too much pressure regarding sex or drugs or drinking, enjoying classes and teachers and learning.

So having a kid with special needs has been hard on me. It has thrown all kinds of worries into my prayers and tossed away my hopes. I know that this is not about me, and wow I sound like an ass right back there, but I hope you understand that all of this is because I want what is best for my child and yet I am afraid that they will suffer greatly and I won't know how to help them.

I don't know if you have a kid with special needs or if you've ever been to an IEP meeting. In case you haven't let me explain it a bit. An IEP meeting is where the principal, special ed teachers, therapists / specialists, general education classroom teacher, parents, and possibly others (nurse, school psychologist, advocates, etc) come together to look at what your child can(not) do and what the standards / goals are for their grade. Together personal goals are set and accommodations are incorporated (aids, extra time for testing, speech therapy, etc). Everyone there cares about your kid and wants to see him or her thrive and excel. But mostly what they do is tell you all the things that are wrong with your child, all the ways they are delayed, unprepared, falling behind, failing, struggling, unable, incapable, not smart enough. Because they are kind, good people they will sandwich all these negative things with positives like, "Your child is so cheerful! I love having your child in class! Your child is a hard worker and always smiling!" but it doesn't really matter how fancy and good the bread is, if you're putting it around a giant turd you've still got a shit sandwich.

As I'm sure you can imagine or maybe know from your own experience, eating that shit sandwich is hard. It reminds me of when we were in the NICU and doctors kept telling us all the things that were going to be wrong with James. Here our little boy had come back to us and in our ignorance we hoped and believed everything would be okay. So as they told us, "He'll likely be blind." "He will probably never be able to eat." "He will probably have cerebral palsy and it will be severe - he'll be strapped in a wheelchair." "He will likely have the brain development of an infant."what they were really doing was just taking him away from us again but now one bit at a time. We had to grieve the child we thought we had and the future we assumed he would have.

It's sort of the same at the IEP meetings, with each statement about what our kid cannot do they take away a bit of who we thought our child was and hoped for in their future. This is maybe even worse because of some kind of NICU wound, but also because back in the eighties and nineties when I was in school at my nice, good public schools filled with nice, good kids, special ed kids were Others. They weren't treated poorly necessarily but they didn't have friends. They were isolated in their own classrooms and we never really had anything to do with them. Or if they were in some regular classes they were seen as stupid and some of those kids were bullied. So yeah, they actually were treated poorly.

This Wednesday we will have an IEP meeting for one of our kids and at it we will be modifying the education plan so there is more time in the special ed classroom and out of the gen ed class. There will be follow up conversations to previous conversations about all the things our child cannot do. I'm not happy about these things but I'm hoping that by tackling them head-on we can help our child lay the necessary foundation so later our kiddo won't struggle. I'm also grateful that understanding these things about our child has meant that we are parenting them differently and that will hopefully mean better things for this child.

I know that in real life - and not the one in my head made up of hopes and dreams and ideal situations - my children will all suffer. Good parenting isn't protecting my kids so they never fail or hurt, it's teaching them how to thrive and find blessings despite or even in the midst of those failings and pain. I know that. And I hope you understand that this isn't about having a precious snowflake of a child. This is about passionately loving my kid, wanting to do right by my child, and feeling like a complete failure, like I've lost the game before it's even been played and there's nothing I can do about it. 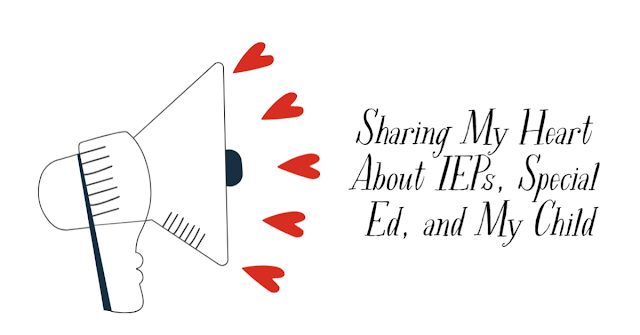