There's More Than One Way to Be a Mom: Adoption through foster care

Today's "There's More Than One Way to Be a Mom" post was written by my friend and high school youth group leader Sarah Hedman. Sarah and her husband Darrel are both from central Illinois and have been wonderfully, happily married since December 1999. She writes:

I have a BA in Art and have had various creative part-time jobs over the years such as photographer, book-making instructor, and florist.  Primarily though, I have been a stay at home Mom.  My kids are Josie (13), Eliza (10), Evangeline (6), and Abraham (4).   They are all stunningly beautiful and delightfully interesting.  Last August, we sold half our stuff and moved to an apartment in Chicago because of a job change for my husband.  We absolutely LOVE it and have never looked back.  As the years roll by, I am continually amazed as I get to know myself and Jesus more and more.  And, really, isn't that what it's all about anyway??

Thank you so much, Sarah, for sharing your family's story with us! 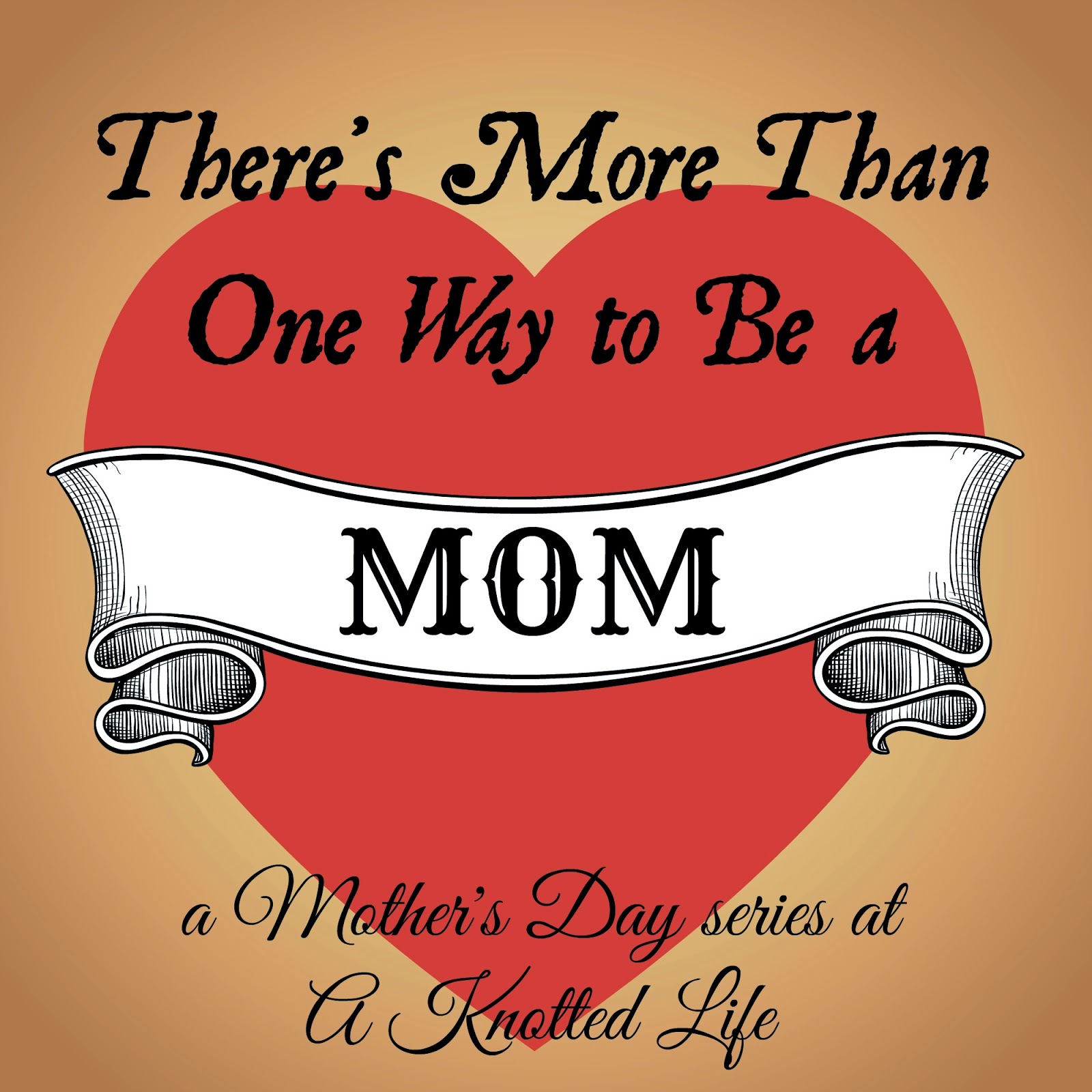 Our adoption story began in April of 2001.

My husband, Darrel, and I had been married about a year and a half and we were living in Dekalb, IL  and were about to graduate college.  We were planning on trying to get pregnant later that year.  Adoption had never occurred to me.  I never wanted it to be a part of my story.  It seemed scary and unknown - way too out of my comfort zone.  I’m sure God chuckled the day that He COMPLETELY changed my heart from seeking a “safe” and “normal” road to parenthood via pregnancy (oh I was so young and naive) and instead put us on a road of radical love for a baby we had never met.

On April 30, 2001 my Mom called me from their home near Peoria, IL with some crazy news.  She and my step-dad, Paul, were foster parents but had never had a full-time foster child before. They had gotten a call that day for a newborn baby girl who had been born on April 28th.  They were heading to the hospital that afternoon to pick her up.

I remember hanging up the phone and just weeping.  Weeping for this little person who was waiting at the hospital for someone to come get her.  A precious little girl who had no idea what heartache and chaos she had been born out of.  My heart was immediately and supernaturally moved and I could not get her out of my mind.  I shared the news with Darrel who, unlike me, had always been attracted to the idea of adopting, and we both were drawn to this little girl from the beginning.

We thought maybe the feelings would go away.  Maybe we were just being emotional.  We started seeking God HARD.  We prayed for a forever family for this baby.  My parents were in their 50s and had raised 7 children between them.  They were not wanting to adopt.

Over the next few months, our family loved and doted on this smiley, sweet bundle of chubby joy.  We visited her often at my parents’ house and continued to pray about what our role in her future would be.  By that July, it was evident that she would indeed be adoptable.  Her birth mother and father had done none of the requirements needed to keep their parental rights and earn custody of her.

My parents and the case workers knew of our interest in adopting her and so they brought us to a point of decision.  If we really were serious about adopting this child, we needed to move back home to Peoria and get our foster care license.  In three days, we had gotten out of our lease in Dekalb and packed up our things to move to Peoria.  We immediately entered a 3 month licensing course and by Oct 26, 2001 we were fully licensed.  I will never forget that night - moving all of her things from my parent’s house into our little apartment.  We were so happy.  We had been spending time with her constantly since moving back to Peoria, but now it was official.  She lived with us.

But the story was not over.  Her adoption would not be final for another 18 months.  Those next months were hard.  There were still required visits with her parents.  Her birth father started working towards getting custody of her and every moment was raw with the threat of losing her to a violent and addicted man.

During this time I memorized Psalm 23 and felt led to pray that God would bind Satan from influencing her birth father.  There was a darkness and oppression surrounding this man.  Immediately after I started praying that, he stopped coming to the visits consistently.  Within a couple months, he stopped coming altogether.

An adoption date was finally set - May 7, 2003.  Oh what a glorious day that was!  Our daughter, Josephine, was officially and forever ours.  We were amazed at all God had done to put her in our family.  Little did we know, that He was about to rock our world again.  Three months later, on Aug 6, 2003 we got a call at noon from our case worker.  Josie’s birth mother had had another baby girl. She needed picked up at 4pm that day from the hospital.  Did we want her?  Did they even have to ask??

So that afternoon we went to pick up our second daughter, Eliza Jane.  A beautiful perfect 5 lb 3 oz bundle with dark, clever eyes.  That night as we lay in bed trying to go to sleep, we couldn’t believe we had TWO kids.  A toddler sleeping down the hall and a teeny tiny newborn squeaking in the bassinet at the foot of our bed.  It was a moment we will never forget.

Eliza’s adoption went smoothly and easily and she became legally our daughter on Dec 22, 2004. Once again, the hand of God orchestrated every detail.  God loves adoption!!

Adoption through foster care is an option I don’t feel gets considered enough.  There are some cons.  It takes time.  Often, the child will still have visitation with family members up until adoption.  The system’s goal IS to reunite children with their birth parents, so birth parents do get a chance to earn back custody.  However there are SO MANY great kids whose parents have already lost their rights and they are totally free and clear to be adopted.  In these cases, the process would be much faster.

There are some great pros to fostering to adopt also.  It is completely FREE.  Yes, I said free.  My husband and I were young,  newly married and dirt poor.  Because this process was completely free to us, we were able to provide a safe and loving home for two little girls.

Many people think they can’t afford to adopt but that’s not true!  If finances are an obstacle, then maybe fostering is something you should look into. Another thing I love about fostering to adopt is that we were able to provide a home for two kids from Peoria.  I like the idea of directly impacting the lives of people IN MY community.

Josie and Eliza will turn 13 and 11 this year and we are continually blessed by their presence in our family.  We also have two birth children, Evangeline (6), and Abraham (4).   We live in Chicago nowadays (in an apartment that was NOT built for 6 people) and we couldn't be happier or more content with how God wrote our story.

Thank you for the opportunity to share it with you!  We still love adoption and any chance we get to encourage others to trust God on the adoption journey is a real pleasure for us. 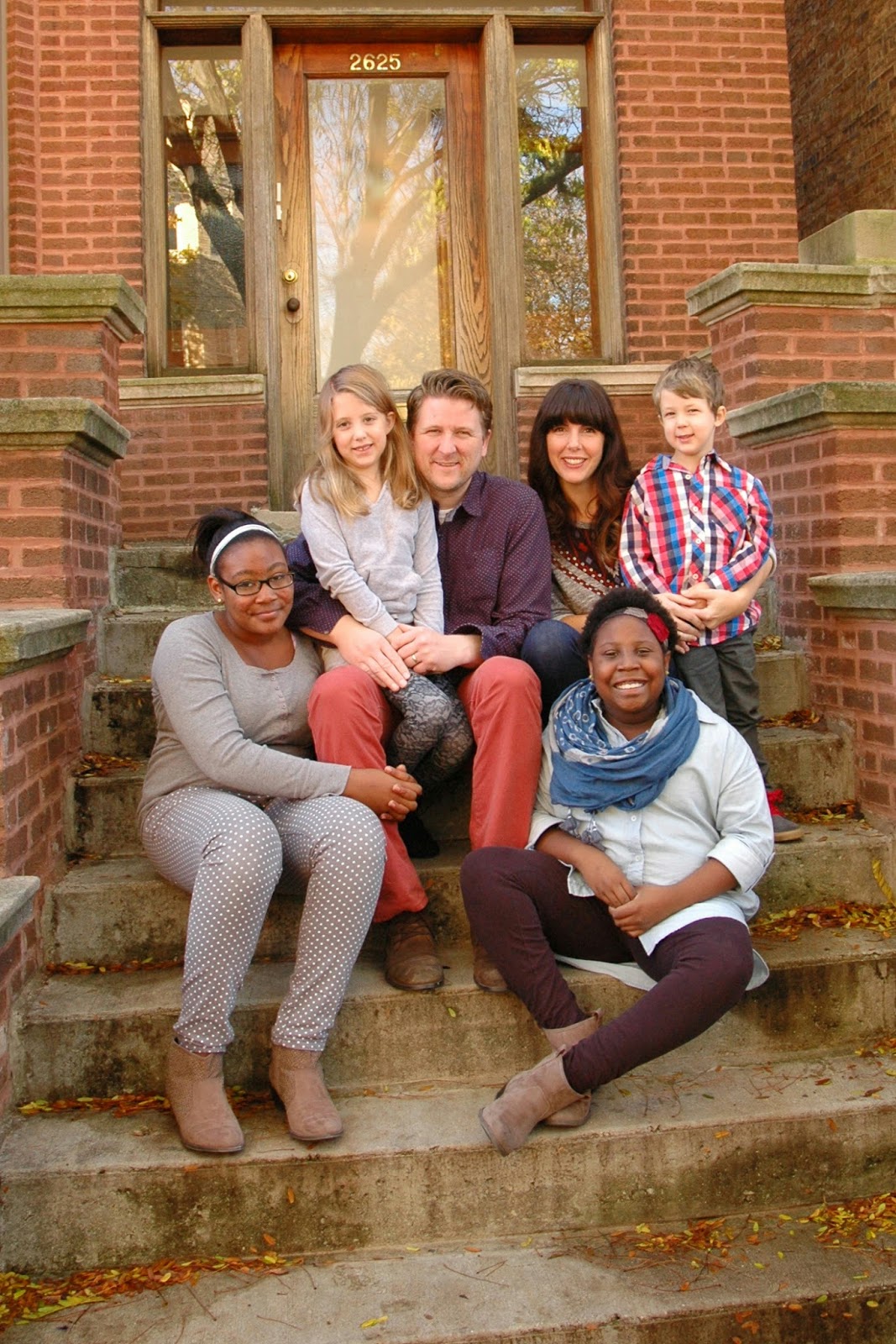