An interview with Kenny Hensley, pianist for The Head and the Heart - a guest post by Blythe Fike

When I volunteered to guest post for Bonnie about 17 years ago my mind immediately flew to what we have in common. Faith, yes. Womanhood, yes. Wife, mom, yes. But the most standout similarities that Bonnie and I share are about music. And more than just music, because some of the music Bonnie likes the most just so happens to be music I know the most. (Like really, really know the most.)

See, when I first chatted with Bonnie she linked me to this. Which cracked me up because 1/6 of that is my very own little brother. His name is Kenny, and he plays the piano. What better material for my little guest post on Bonnie's blog than a terrible, non-professional interview with a musician in one of her favorite bands who is also and more importantly my brother. It's brilliant! 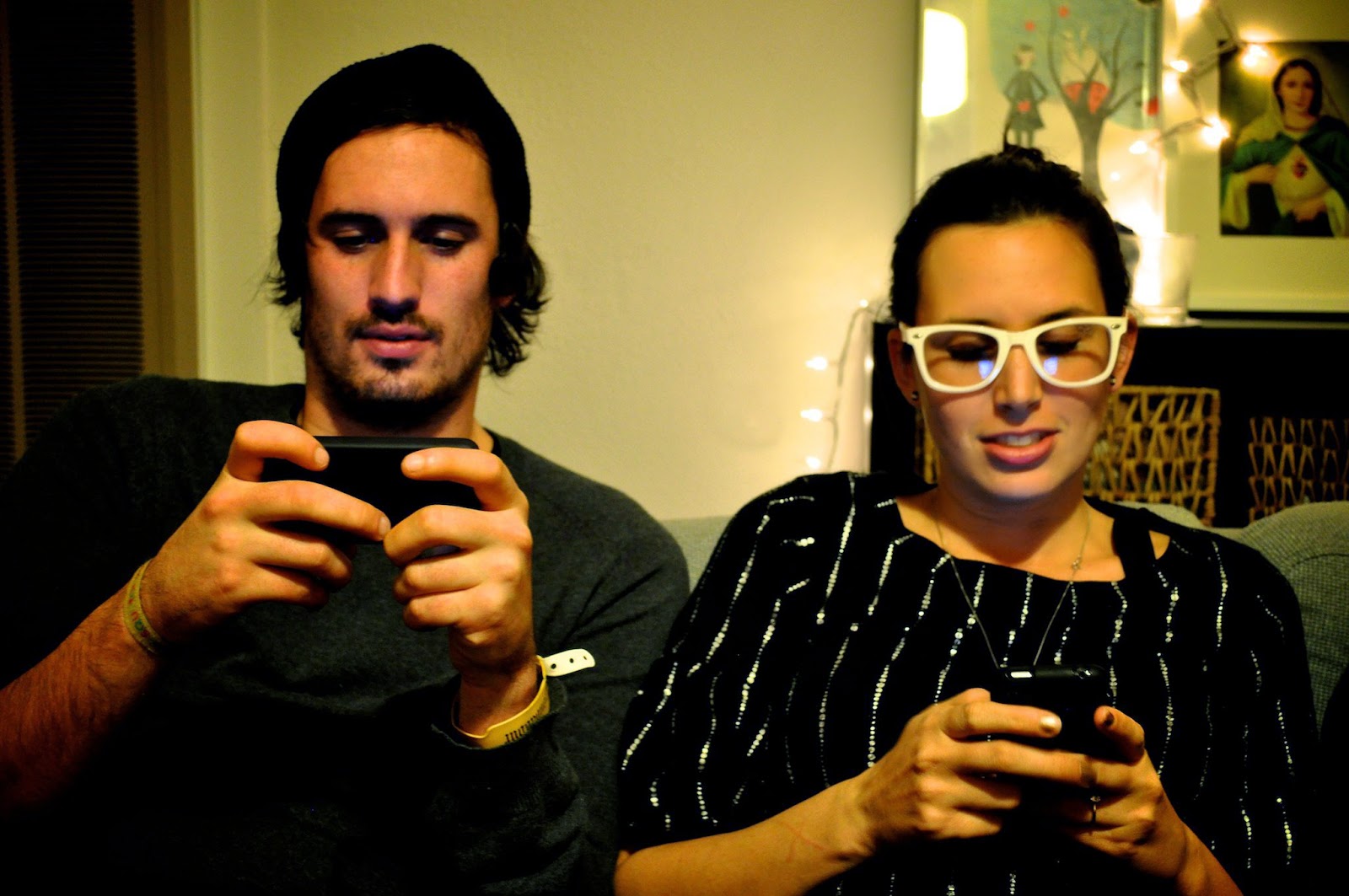 (And long. And fairly pointless. And I am most definitely a terrible interviewer. Brace yourselves.)


What's your earliest memory?
Uh, you know this one already.


I know, I'm setting you up in most of these questions because I know the answers but other people don't.
My earliest memory, which no one believes, is being born.

(Laughing like I always do bc how could you not?)


You remember being born?
Yeah. I totally do. My earliest memory is going from darkness to light and being shocked... being in a weird state of shock. I have memories of being one and two, sitting in carseats and drinking out of bottles and this is definitely before that. I've read that there are a lot of people that claim to have the same memory and it's all described as the same thing. That's what I believe it is.


If you were going to buy a candy, which candy would you buy?
It depends. I like Paydays and Baby Ruths, but I also like the chewy Sweet Tarts. The wafers.


If you could tell people to buy one record, what would it be?
Abbey Road, the Beatles. (mumbles "weirdest questions ever")


What is your most favorite thing about what you do for a living?
I think the feeling we get as a group when we've finished a song, and we all agree on it and really like it. That's the best feeling. But it's not as common as other things, because it's not happening all the time. But that feeling is the best. To create something, and all be able to share it, and love it equally. 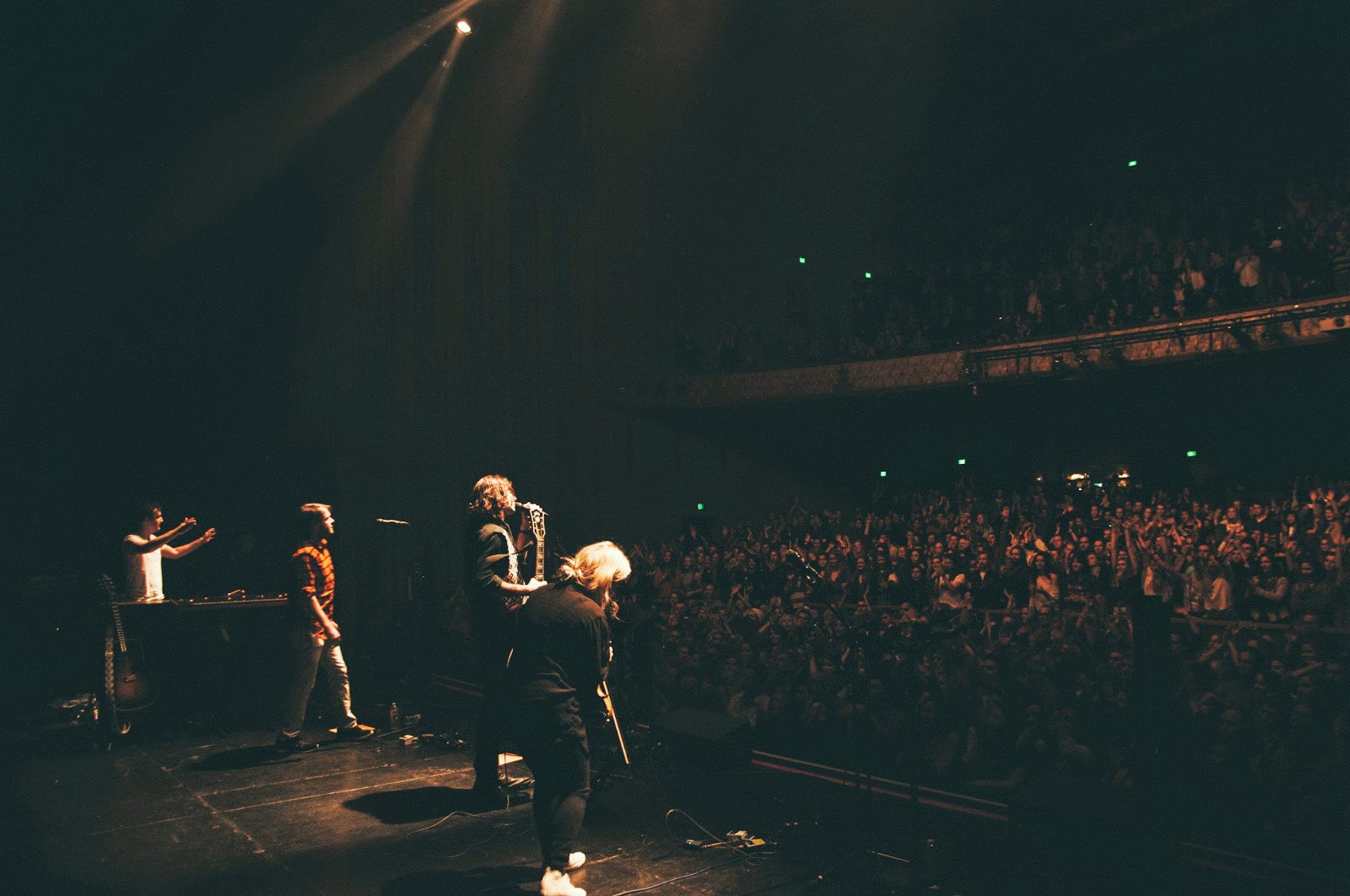 What's your least favorite thing about what you do for a living?
Being away from home most of the time. Not being able to settle into real life because I'm gone so much and feeling out of the loop because so much has happened while I was gone. So, I always feel like I'm just visiting when I am home.


Speaking of sadness, is there one movie that's made you cry the most?
Probably Life is Beautiful. It's the best. (it is!)


How often to do you change your socks?
I change my socks most days...


Now. You added a "now."
Yeah. I'm much better now because I've done it enough. Now, I pack a ton of socks and underwear but early on, before I was a pro, I would always run out of socks. So, I started this thing for a little while, which I think Josiah still does, where I would just buy two or three packs of socks and wear them and just throw them away. Because I had no room for all these dirty socks, and it was just a mess, and I figured if you buy cheap socks it wasn't that big of a deal. I did that for a little while but now I'm better about it. I just bring some plastic bags and throw my dirty laundry in 'em. 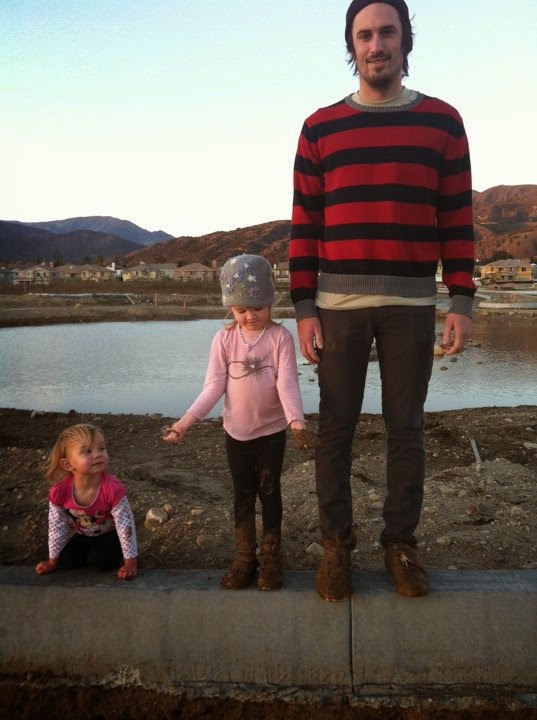 That's good. That's a smart move to just actually do your laundry.
Well, what I have been getting into lately is just going to a laundromat and dropping it off. I realized it's actually pretty cheap. You can get your laundry done for, like, twelve bucks. And it's all nice and folded and separated for you. All you have to do is go and pick it up.


That's pretty good. You know more about that than I do, which is weird. OK, moving on. Who do you think is more famous: you or me?
Me.


Ha! Brat.
If I didn't marry Kirby which celebrity would you match me with?
Hmmm, that's a tough one. I'm trying to think of someone funny... I don't know. There is just too many celebrities.


Fine, don't answer it. Who do you like more, me or Kirby?
Well, you're my sister so of course I have to say you. But Kirby is a guy and... brotherly like... so


Brotherly like??
Yeah, he is kind of like an older brother that I never had. I don't know. I love both of you.


Do you have any tattoos?
Yeah, one. It's my friend Joe's name on my thigh. It is my handwriting, his name and an exclamation point. I got it for him as a wedding gift. He has a lot of tattoos and he always gave me crap for not having any. Did you get me a wedding present?
(laughing) Did I?


That seems irrelevant.
Kirby got me a present for your wedding. He got me a fifty dollar gift certificate to Game Stop.


That's pretty bogus.
I had to have done something. At least a sentimental card or letter or something.


I WROTE YOU A LETTER!
Oh man, you're right. I got everything at your wedding. You should get married again.


Well, maybe if you had a celebrity to match me with I could.
You know, the worst thing about that question... and I don't think this means anything, but I keep thinking of actors I don't like (laughter). And this is really weird, and I don't know why, but the face that keeps popping back into my head is Paul Walker. I just keep seeing his face, over and over. I don't know why. (RIP, PW) 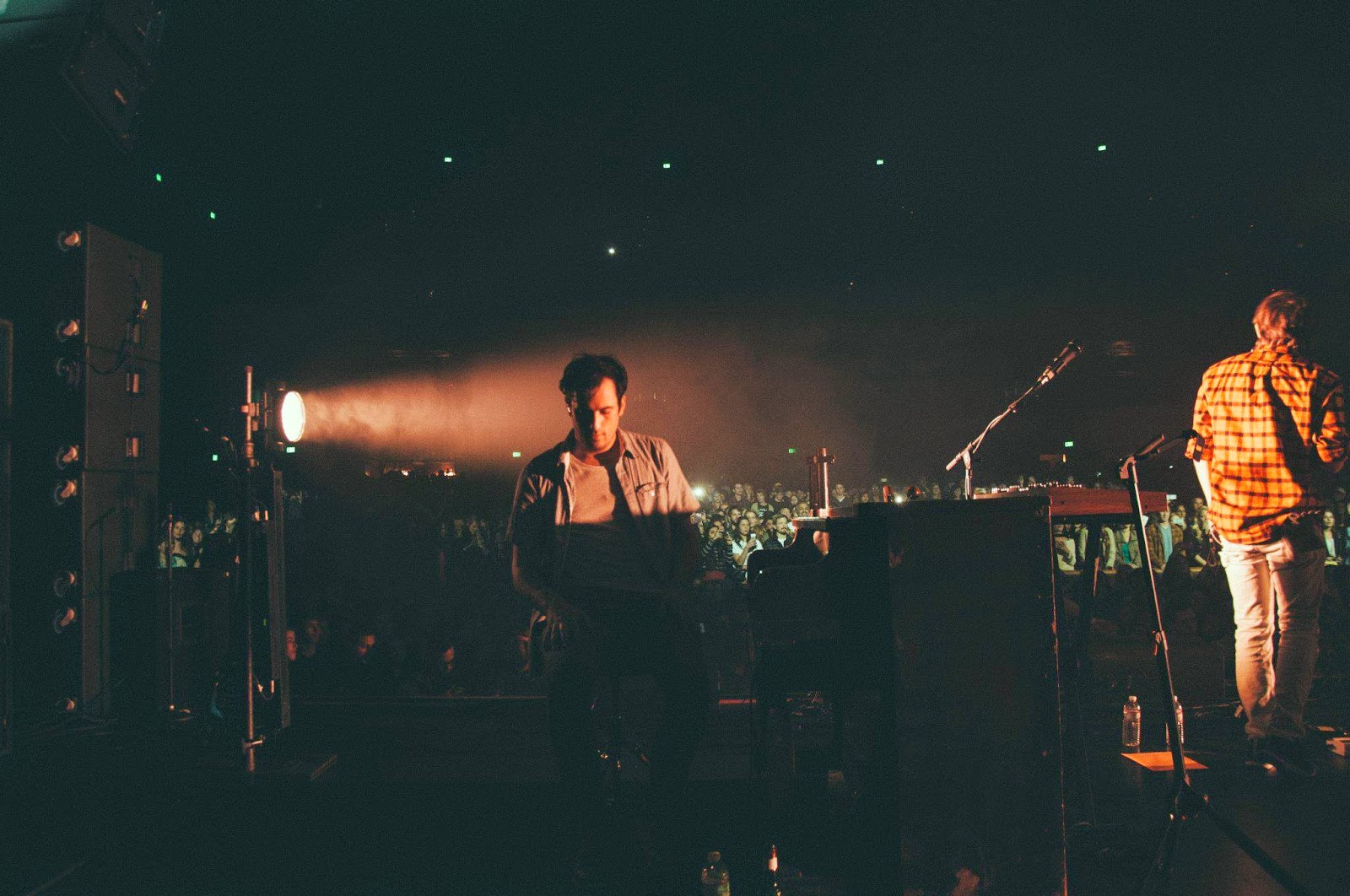 And Paul McCartney is playing in L.A. the same night as you.
Yeaaaaahh. That's a bummer.


Yay! Did you see my blog post about my new couch?
No.


Well, do you want our old couch? It's in the alley right now.
No, what am I going to do with it?


Good question. Do you want to buy a very large rug off of me?
No.


Ok. Do you care if I take creative license with this interview?
Sure, go for it.


Ok, thank you. That's it!
That's it? Cool. That was like twenty questions or something. 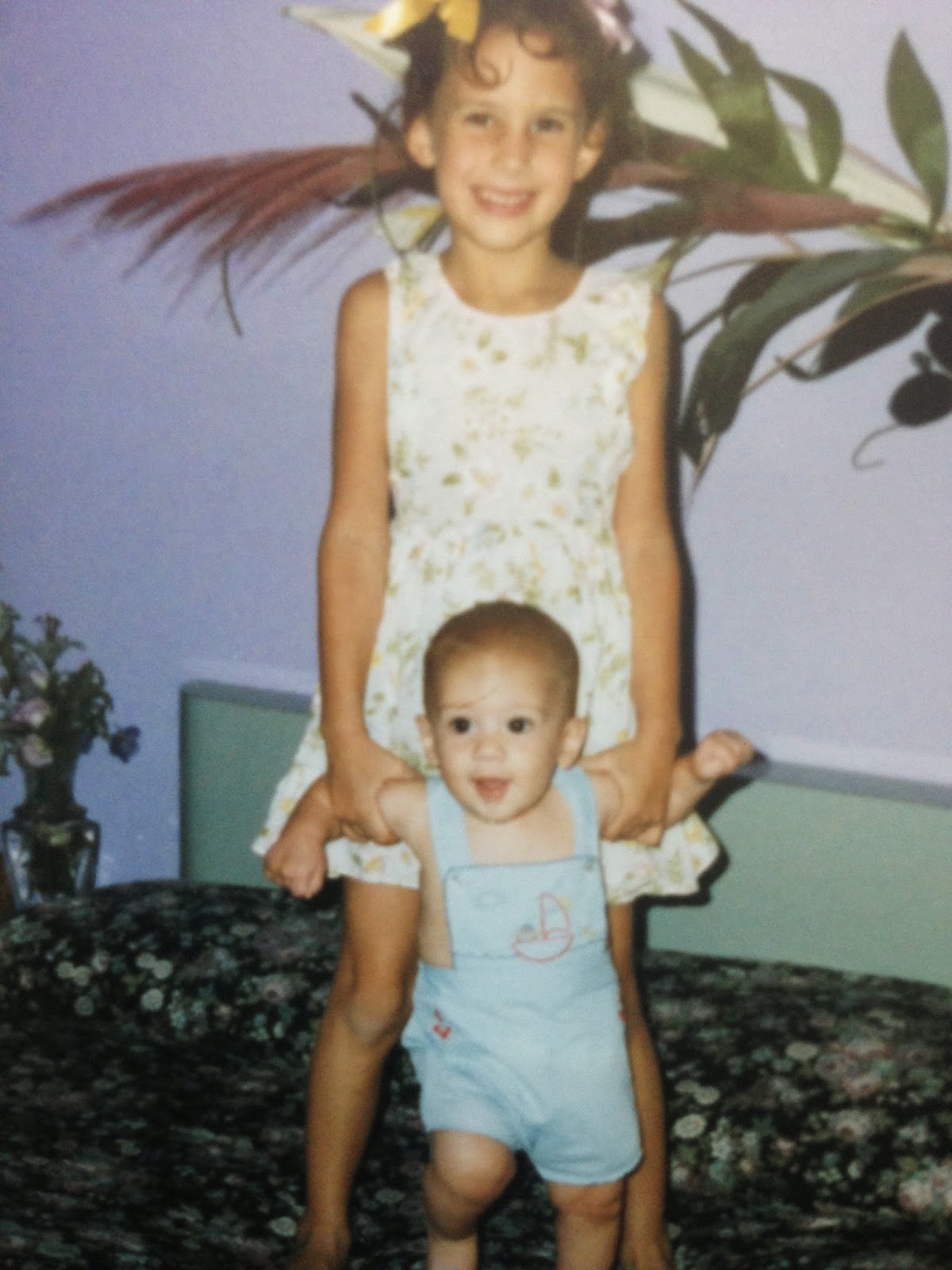 (For a more thoughtful, reflective post on my brother go here. To find out when he is playing near you go here!) 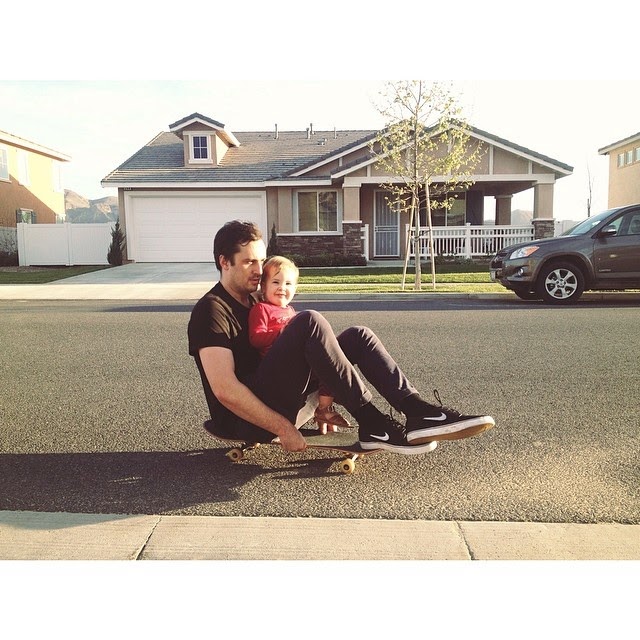