It was almost a year ago that a woman wrote a blog post about how to have a well-run Catholic home. There were lots of helpful tips in it and several disclaimers about season of life, and so on. So many women were inspired. So many were encouraged. Many saw how they could not or would not presently fulfill the list of to-do's but still saw the merit in the post. I myself read the post, knew that at 8 months pregnant there was no way I was going to live up to the woman's standards, and laughed it off as "not everything on the internet is written for me."

But, as I see it, she made one grand mistake. This woman wrote about all the things that can be done and should be done and she explained that "Supermom" gets them done. It did not matter that she was writing in a kind, humble, and even at times playful tone. All those caveats from earlier in her post were wiped away and what was left were hurt, insulted women.

Why am I writing about a controversy that's eleven months old? Well, as conversations online continued about this post I went back and re-read it a second time. And this time I wasn't able to laugh it off. That term - Supermom - just really irked me. In the end I broke the post down to this conclusion: You should do these things because that's what super moms do and if you do not do them then you are not a super mom. Really, you're not even a good mom. Pretty much, you suck.

And this well-written post with helpful information turned into, "Pretty much, you suck." And it weighed on me.

I have thought about that post and the conversations that surrounded it at least once a week since it was first published. Since then, and as something separate, I have also tried to understand Mercy - what it is and what it looks like - and what I've come to see is this:
People are broken and wounded, and when those wounds are illuminated or rubbed in salt it hurts. We feel embarrassed and exposed and we feel pain and shame.

My wound is that I am not enough. And I have learned that when the perfect combination of exhaustion + stress + salt in my wound happens my brokenness really shows. I am super sensitive, easily offended, and - most unfortunately - quick to lash out in turn. I don't know what was happening in my life when I read that post for the second time all those months ago but I am certain that I was in the midst of that perfect combination. That well-intentioned post became a spotlight on how poorly I was doing, how far below the "Supermom" standard I fell, and how much I lacked. And, more importantly, because of my wound and brokenness I wasn't able to just not read it and/or move on.

At the time I didn't understand these things about myself, but now I get it. What I needed was not for someone to put me in my place with a, "This isn't about you!" I needed someone to mercifully reach out to me in my pain and say to me, "Bonnie, I think that you are hurt by this in some way. Maybe you feel bad because you can't do what she says a super mom should do? But I want you to know that you are a good mom and you are doing a good job." (Because, see, my reaction wasn't really about the post at all. It was about me.)

And as soon as I realized that I cringed because I knew I have been just as unmerciful, if not worse. I cringe to think of the times when women - in blog posts or comment boxes or Facebook threads - were speaking out of their brokenness and pain and I did nothing to make it better, but in my self righteousness probably just made it worse. I am truly full of sorrow and regret that instead of recognizing what was happening and trying to bring healing, peace, love, and mercy to their tender spots I was indignant, vain, impatient, and hard-hearted.

Which goes to show that I am a broken, wounded person. And an ass. With a grinch-sized heart. Ugh. "Masters, remember that I am an ass."

This post doesn't have some neat little ending. I don't really know where to go from here, in part because I think different situations call for different responses. I don't want to live in a world where people have to protect everyone's precious feelings. I think we do need to be able to hear tough things, especially when they are true and most especially when they will challenge us to be better. But I also don't want to forget that people are broken. My friend Kathryn has had to remind me repeatedly that hurt people hurt people and so, as for me, I will be praying that when people hurt me I don't hurt them back. Instead, I will pray for the grace to make myself small and to pray for their hearts and mine. 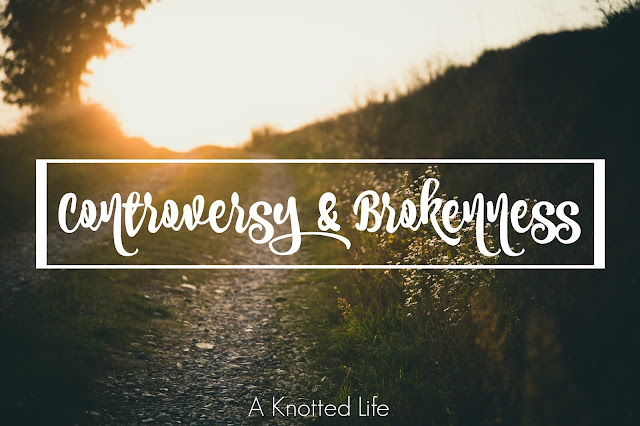 Email ThisBlogThis!Share to TwitterShare to FacebookShare to Pinterest
Labels: I'm a jerk